Why black caviar is not sold in stores

Once that Russia was the main supplier of black caviar on the world market. Beluga, sturgeon, sterlet, stellate sturgeon and their caviar was considered traditional for Russian cuisine. But already in the times of the Soviet Union caviar was a rarity and a delicacy, and after its collapse, with the beginning of the barbaric poaching of its production, and it became practically unavailable. The population of sturgeon in the Caspian sea is under threat of extinction, and the production of black caviar was banned. 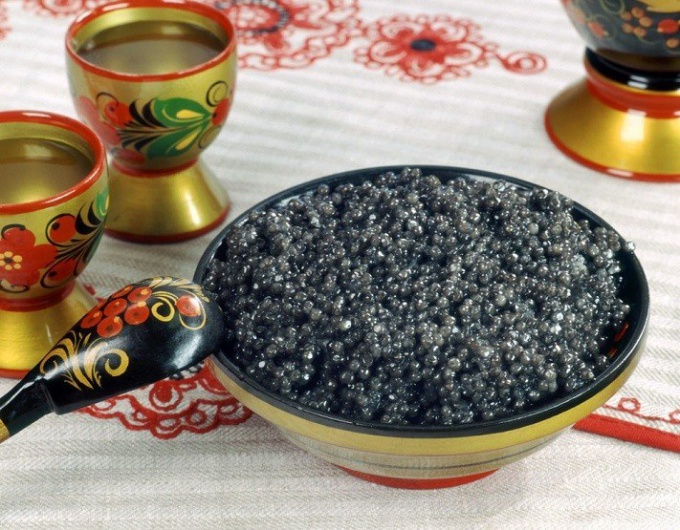 The ban as an attempt to restore the population of sturgeon

Until 80-ies of the last century, the Soviet Union occupied a leading position in sturgeon fishing, the main population is in the Caspian sea. Every year there are caught up to 28,000 tonnes of sturgeon, supplying to the world market for 2500 tons of delicious caviar, but in 1981 production was already 16850 tons, and in 1996 this number decreased to 1094 tons.

Natural recovery of the population, which began to decline much earlier – already in 50-h years, is not happening because of Perevalova, poaching, pollution of the environment. In the 90-ies with the collapse of the Soviet Union began absolutely predatory and barbaric fishing of this fish, which is simply not allowed to breed. The result of such illegal caviar production was a catastrophic decrease in the number of sturgeon. If by 1992 it amounted to 200 thousand individuals, by 2007, according to estimates of ichthyologists, sturgeon in the Caspian sea was only 5 thousand.

With the development of aquaculture of endangered populations of sturgeon began to recover.

In August 2007 in Russia and other countries of the Caspian basin began to act a ten-year ban on sturgeon fishing and export of caviar. In 2010, the international ecological organization was introduced for countries making the greatest efforts to restore the population of sturgeon in the Caspian sea, quotas. According to him, Russia got the right to export up to 22 tons of caviar, but a leader in its production today is Iran.

On display in the store sturgeon caviar presented in a dummy, since it must be stored at a temperature of -2 C. Buyers, of course, give the banks to the real caviar.

But black caviar as sturgeon and sterlet, all the same you can buy in the store. This is the fish that is bred artificially in aquaculture technologies. According to this technology, for the receipt of eggs of the female sturgeon is an operation resembling a caesarean section, after which the fish does not die, but continues to live and at least 2-3 times it is possible to obtain caviar. However this is not completely natural way of producing caviar does not make it cheap. Price for 500 gram jar of caviar is about 22-25 thousand rubles. Of course, you can buy it can afford not everyone. However, a commercially available fresh sturgeon and sturgeon, and salmon hot or cold smoked from this fish are willing to buy. The cost is in the range of 2000 rubles for 1 kilogram.
Is the advice useful?
See also
Подписывайтесь на наш канал