How to learn to write in Arabic

The Arabic language is one of the major languages of literature and religion in the world and has one of the most complicated systems of writing. However, without mastering Arabic script, a number of difficulties that are associated directly with the study of the language itself. It is best to first understand the Arabic letter, and only then start memorizing words and studying literature. 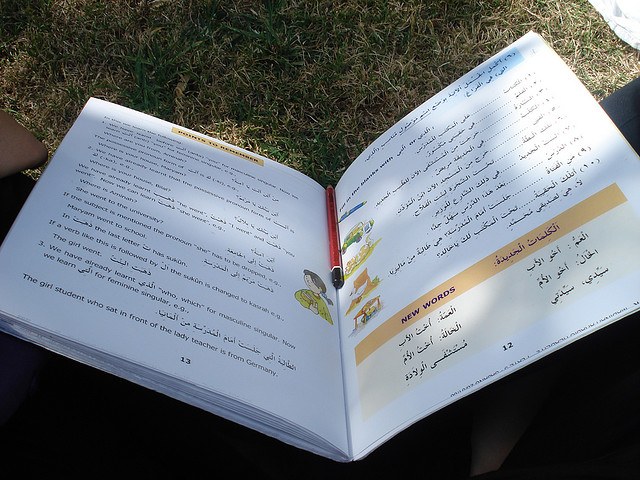 Related articles:
You will need
Instruction
1
First, learn the Arabic alphabet. Despite the fact that it seems scary and confusing, you need to first learn how to spell and pronounce each sound, to begin to read even at the most rudimentary level. This is the first step and without it, language learning is simply impossible.
2
From the very beginning to write slowly and very carefully, even if you have bad handwriting and nobody can read your writing. Many of the letters of the Arabic alphabet are similar and differ sometimes only the slightest tilt or point. Be careful with every dot and squiggle.
3
Buy a notebook for learning Arabic script or find it on the Internet. These worksheets facilitate mastery of writing skills and allow you to develop a specific handwriting.
4
Try as much as possible to train. Write Arabic letters with different guidelines for use, labels, wrappers and other debris that catches you by the arm. Constantly repeat the alphabet and sounds. Writing based on one of the main parts in learning language – namely, the study of words. In order to learn them, you need to start to write them.
5
Try to understand the logic of Arabic writing. First, always written main parts of letters that do not require separation of the pen from the paper. Then the added part that you want to paint separately (vertical or upper slash, and points that are put under many letters). Further, if necessary, are placed auxiliary signs – harakati, i.e. punctuation marks.
Note
In Arabic has 28 letters and each letter has four variant spellings. There are also certain rules when connecting syllables.
Useful advice
Stop comparing the Arabic language with Russian and say that you have nothing and how all very confusing. It only complicates the learning and discourages. Nothing else hinders the study of language as thoughts about the fact that everything is so complicated.
Is the advice useful?
See also
Подписывайтесь на наш канал