What is a third world country

Initially, third world countries called on those States that did not take sides in the cold war. It was the countries of Central and South America, Africa, India, the island nation of Indonesia, and others. Today, the same area was called the third world, implying their economic backwardness. 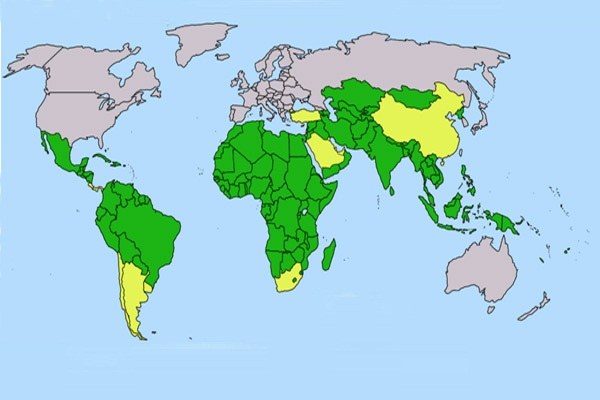 History of the term

March 5, 1946, the cold war – the confrontation between the USSR and the USA in the geopolitical, ideological, economic and military matters. Each side had its allies: the Soviet Union cooperated with Hungary, Bulgaria, Poland, China, Egypt, Syria, Iraq, Mongolia and many other countries, and the United States adopted many of the European countries, Japan, Thailand, Israel, Turkey.

Only about a hundred countries participated in this confrontation, which cannot be considered a war in the conventional sense of the word. The standoff was accompanied by an arms race, at certain points in time, situations have occurred that threaten the deployment of this war, but it never came, and in 1991 in connection with disintegration of the USSR the cold war ended.

From the first years of the cold war, countries not involved in this confrontation, called the third world. It was an arena of political action on both sides: NATO and the Warsaw Pact competed for influence in these areas. Although in 1952 the term was first used in its modern sense – as undeveloped, underdeveloped States and territories.

A French scientist has compared the third world with the third estate in the community. And in 1980, the third world countries began to call those that had low income among the population. Although since that time some of those States have managed not only to escape from the third world, but to overtake on the economic development, second, the socialist world and the former States of the developed socialism came into a difficult time.

Today third world countries, according to the terminology of the UN, referred to all developing States – that is, those not to be counted among the developed industrial world. It's pretty subjective: some have a very backward economy – Slovenia, Somalia, Equatorial Guinea, French Guiana, Guatemala, Tahiti, and others have a good level of development – Philippines, Syria, Egypt, Tunisia, Peru.

But all these countries have some common characteristics, which allow to combine them. First, they all have the colonial period in its history – that is ever exciting world powers. The consequences of this time are still reflected in their culture, economy and politics. Secondly, in such countries, despite the well-developed industrial activities with her neighbor pre-industrial types of production. Many sectors of the economy are developed in an unequal degree. Thirdly, the state actively intervenes in the economy to accelerate growth – this process is called statism.
Is the advice useful?
Присоединяйтесь к нам
New advices