Do I need to iron the diaper with two sides

When the house appears a baby, along with this exciting event comes a lot of worries. In addition to daily bathing, feeding, walking, attention must be paid to care for the things of the baby. 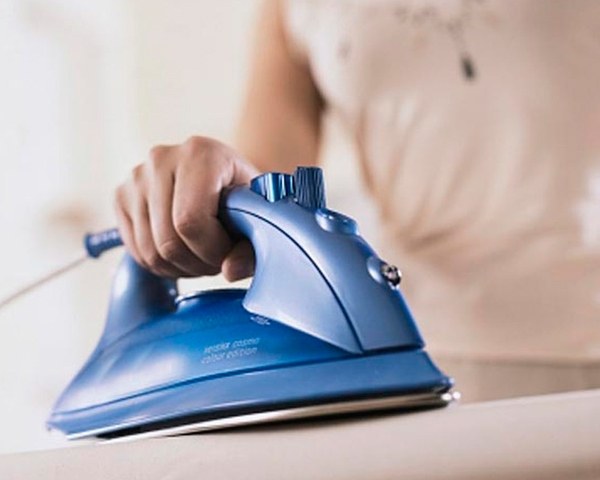 Related articles:
Is it necessary to iron baby diaper from all sides? Basically, this question interests those of young parents who believe that with today's facilities, infant care Ironing becomes a waste of time. However, the diapers still need to be processed with a hot iron, and it's not just for aesthetic goal.

Why use diapers pay such attention

Clothes and diaper babies doctors recommend to iron until completely healed umbilical wound. When Ironing high temperature detrimental effect on microbes that may be present in the clothes even after washing. However, in this case it will be enough to iron clothes only on the side that directly touches the body of the baby.

When a wound heals, you can just put on clean clothes, without exhausting yourself more room. The main thing - regularly change clothing after contamination.

Not so long ago it was customary to hold a newborn baby in complete sterility, and continue this mode for several months. Diaper not only propagules on both sides, but in the mandatory fumed. Other garments of emphasis, not less. Now the picture has changed somewhat – there are diapers that are a lot easier not only to parents but to the baby.

Long adherence to the excessive sterility is not only time consuming but also not always helpful for a child – normal formation of immunity in this case is difficult.

Baby diaper for the first time after the hospital to iron is necessary – if possible, with steam and with two sides. Do this in order to dried up diapers became softer, and for getting rid of bacteria that are not killed in the wash. At two weeks of age if the child has no deviations in terms of health, you can not take care of his hygiene as well as in the first days after the hospital.

Most of the modern mom refuses to go to diapers and sliders, barely the age of a few weeks.

If the child is in the hospital vaccinated with BCG, it can be very inflamed in the end of the first month. At this time, the sterilization of the cradle iron the two sides a better resume.

If you dry underwear in the house, not outside, his room and even can be neglected. Believe me, in linen, dried in the home, accumulates not so many germs. Excessive sterility, according to many pediatricians, in the care of infants is not needed.
Is the advice useful?
See also
Присоединяйтесь к нам
New advices