Do I need to beat wedding glasses

There are many wedding traditions, one of the most popular is the breaking of glasses after marriage. The roots of this tradition goes back to antiquity. 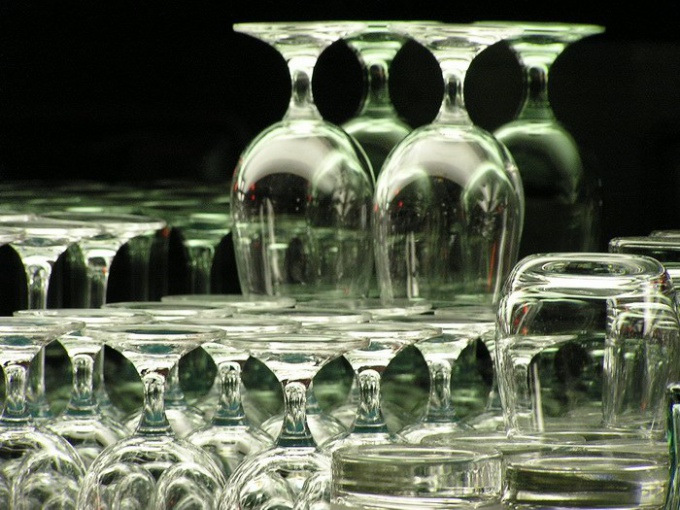 Why beat the dishes before?

In Russian villages, for example, on the second day of the celebration definitely was hitting clay pots. Symbolically broken pot meant chastity of the bride. Therefore, if the pot is not broke, it was a real disaster. A young bride is very rarely managed to convince family members and guests who implicitly trusted this tradition. Along the way, the broken pot spoke about the future of the family fortune. It was believed that the more fragments, the happier and live longer together couple.

A similar custom was in England. During the celebration the groom brought a dish with small pieces of wedding cakes. The groom had to throw this dish on the way through the bride's head. If the dish is not broken after this, the groom best man broke his leg. A large number of fragments was considered a good omen.

Why do you have to beat glasses?

Currently smashing glass is something of a symbolic step from idle to a Dating life. The young couple empty glasses, metaphorically drinking free life to the bottom. After that, it is very important to get rid of a receptacle of this free life, so that the glasses are made to be broken.

It is believed that the broken glasses are a kind of scapegoats. That is, in fact, they should be the first and last spoiled things, like the wedding and the marriage.

Besides, before suddenly breaking the dishes were considered bad luck "to quarrel". That is why the dishes began to beat deliberately to prevent every conceivable argument.

If the glasses are not broken after hitting the ground, they can occur. But to do it better groom because of the thin soles of shoes of the bride can not withstand such tests.

Over time, the broken dishes have come to believe, on the contrary, the positive sign of "happiness", so, breaking glasses, the couple at the same time appeal to the primordial, and to a new value signs.

It is believed that the sound of breaking glass must remind the groom about possible difficulties of marriage. At Jewish weddings the groom has to break a bottle, stepping on her heel. A reminder about the difficulties in "the happiest day" should drive them away and all sorts of misfortunes because there is a belief that these negative things happen in moments when they really do not think and not remember.

It is important to consider all the details before the wedding, to buy special glasses for bride and groom, because such details create the right mood and atmosphere. It is best to buy two pairs of glasses for the newlyweds. Elegant glass symbolically break after marriage, and the heavy and expensive crystal to leave for the celebration.
Is the advice useful?
See also
Присоединяйтесь к нам
New advices