What is the "Apple of his eye"

The expression "to keep as the Apple of his eye" is used quite often. It means "to treat something very carefully". But modern man in this idiomatic turnover not understood all the words, and the most strange sounds "Apple". 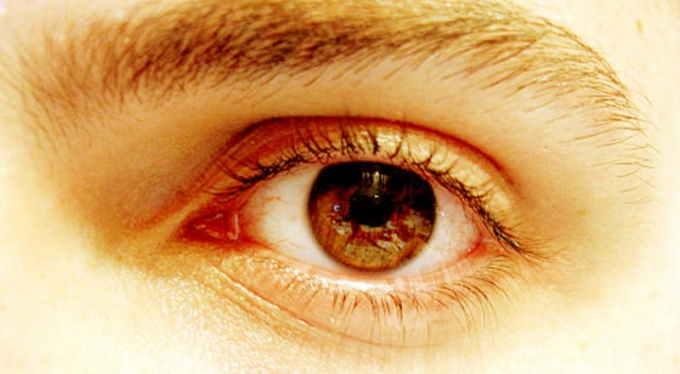 Where did it come from?

The expression "keeping an eye" is very old, it is in the modern Russian language from old Church Slavonic. "The Apple" can be found in "the Word about Igor's regiment", and in the old translation of the Bible, and poems by Russian poets, fond of archaisms. For several centuries Russian language changed, there were new words, and many of the old out of use or remains only in idiomatic expressions are not always clear to the modern Russian.

Some expressions were used once in a particular professional environment and was understood by all, but with the demise of disappeared from everyday speech.


Eyes and that it is

The second part of this expression more or less clear. The word "eye" has been preserved in almost all Slavic languages – Russian, Ukrainian, Belarusian, Polish, Czech, Slovak, and others. It means "eyes". In the Russian language this word has become a fixture of "high-calm", in other Slavic it refers to the regular household vocabulary.

What is in your eye?

Consider eyes. You can take a picture, you can look in the mirror. You will see that it consists of several parts. Is the eyeball is the iris, is the pupil. He is the most important thing in the eye. Now, of course, damage to the pupil is sometimes treated, but in ancient times people at the slightest trauma to the eyeball can cause blindness. It is a black spot in the center of the eye called the pupil, and that it had to be protected.

An eye for an eye, a tooth for a tooth

In Ancient Russia, as in any country, had its own laws. Modern man they can be cruel, but the people of that time otherwise to maintain order could not. And with those times came the expression "an eye for an eye" - again about the eyes. If you translate it into modern language, it would sound something like: "return the favor", "for a man to do what he did to you." Eyes is mentioned because in ancient times people valued the vision. The blind man, very quickly found themselves at the bottom of the social ladder, if only was not representative of the ruling family. Most of the crafts and military service were inaccessible to him.

Relatives of the vernacular

In everyday speech, the word "Apple" is rare. But this word has relatives that are not only casual, but even to the grass-roots vocabulary. The word "Zenko" sounds so much less dignified than "Apple". Do not even say that it hails from the same old Church Slavonic. However, it is. Coarse vernacular, the expression "bat your eyes" or "stared zenk" means "to be surprised by something to such an extent that the widened pupils", or "looking at something". So from the same root occur and Zenica, which should be protected or stored, and zenk, signifying an extreme degree of amazement.
Is the advice useful?
Подписывайтесь на наш канал