Pregnancy tests – one of the most reliable ways to determine whether a woman pregnant. But, like any other method, it does not guarantee 100% accuracy. Pregnancy tests can give false results if they have expired, if they are not conducted according to instructions, and also in some other cases. 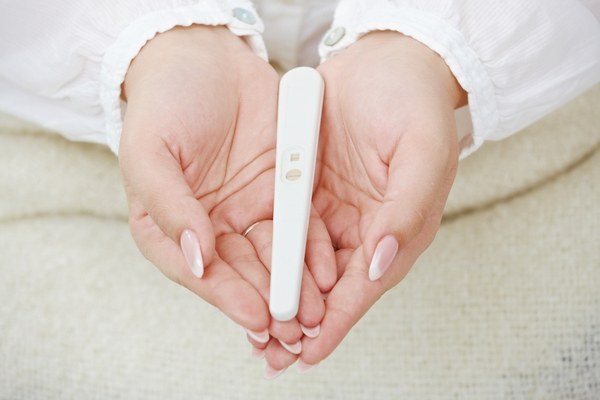 How does a pregnancy test?

From the moment the egg attaches to the uterus, a woman's body receives information about the pregnancy and begins the preparation for it. Rebuilt the work of many bodies under the influence of hormones, which begins to produce more actively. Constantly increasing level of human chorionic gonadotropin, or HCG hormone, which pregnancy is determined. The tests are based on the estimated quantity of this substance in the urine of women if its level exceeds the norm for non-pregnant women, the test shows a positive result, which says that with high probability a lady is expecting a child.

Pregnancy tests are convenient because they can be done at home, it does not require special equipment. They are reliable compared to other homemade ways to determine pregnancy. Tests from different manufacturers have different sensitivity, when one cannot determine the pregnancy due to too early time and small amounts of the hormone, while others already show a distinct red stripes.

Most of the tests provide almost accurate result from the first day of delay, but you need to understand that the hormone is accumulated gradually, and in the urine, its concentration is much lower than in blood, so the more time passes from the moment of conception, the more accurate will be the result. Doctors suggest for precision to do the test ten days after the delay.

Pregnancy test to do in the morning when the urine increased concentration of various substances.

Buying test, check the expiration date – if it's expired, hope for an accurate result is impossible. The test can lie if you do it according to instructions. Carefully read all package directions carefully and follow them. For reliability, use two or three tests of different firms.

Pregnancy tests can show false-positive and false-negative results, and the second case much more often. A negative result when pregnancy is an indication that in the urine insufficient level of HCG that the test was able to determine it. This happens if conception occurred a few days before the estimated time of the onset of menstruation.

If before the test you drink a lot of water, the concentration of the hormone in the urine decreases, and the test also may show a negative result.

A positive result when no pregnancy occurs very seldom and is associated either with poor quality products, or with health problems when taking certain medications that cause elevated levels of HCG in the body. It can also be a sign of ectopic pregnancy and threatened miscarriage.
Is the advice useful?
Присоединяйтесь к нам
New advices