What are the consequences of a coma

Coma is a very serious phase of the disease, which is characterized by complete unpredictability. After all, it is still not clearly studied what happens to a person during the coma, which determines its duration. Also, no one can predict what the consequences would be so dire developments. 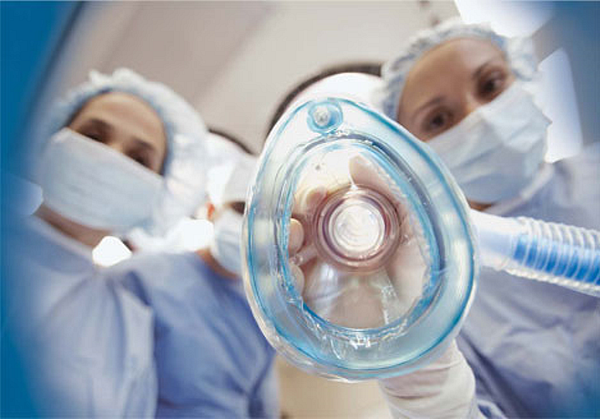 Related articles:
The word "coma" in Greek means "deep sleep, sleep". It is characterized as loss of consciousness, sudden weakening or loss of response to external stimuli, extinction of reflexes, etc.

Coma develops as a result of inhibition in the cerebral cortex to subcortical and other parts of the nervous system. Usually, the main reason for the development of coma is a violation of blood circulation in the brain due to head injury, inflammation that affect the brain, etc.

The causes of coma can be very diverse. So, for example, a person might be immobilized and unconscious state due to serious injuries like head and brain as a result of infection severe viral infection-type meningitis, lack of oxygen in the brain for a long time, poisoning by any drugs or chemicals as a result of alcoholic intoxication, etc.

Of course, we should not think that if there has been any event in a specified list, this will immediately lead to the development of coma. Each person has the risk of the appearance of such pathology as coma individually.

In General, the mechanism of occurrence of the coma as a result of one of these reasons is quite simple: the part of the brain cells wipes and stops functioning, causing a person loses consciousness and falls into a coma.

The types of coma

Coma is divided into several different degrees depending on the severity of the patient's condition. As a rule, it is divided into 3 main types:
- deep;
just coma;
- superficial.

Everyone in medicine is divided into 15 degrees. However, of which there are about 5 of the most basic, which as a result are reduced to 3 main States.

Under normal coma patient may make any sounds and even spontaneously open his eyes. However, it is not in the mind.

Surface coma is characterized by the fact that the patient, being unconscious, can open eyes in response to voice. In some cases it can even say certain words and answer questions. However, speech is often incoherent.

The output from the comatose state is characterized by a gradual recovery of the nervous system and brain function. As a rule, they return to their oppression. First react the pupils then returned to consciousness.

On average, coma lasts 1-3 weeks. However, there are cases when it is continued over a long time – people can lie unconscious for years.

The patient's return to consciousness is gradual. First, he wakes up for a couple of hours, then this time increases more and more. As a rule, the body goes through during this time, several different stages. And how he will cope with its load depends on what what the consequences.

Since a coma affects the brain, you should be prepared for the fact that the patient may not recover many vital functions. For example, quite often people are unable to walk, talk, move hands, etc. of Course, the severity of injuries depends on the degree of coma, which was visited by the patient. For example, after the surface of the coma, you can recover much faster than after conventional. The third degree, as a rule, is characterized by the almost complete destruction of the brain. So, wait for good recovery results is not necessary.

Among the most common problems faced by someone who has been in a coma, called the deterioration of memory, decline of attention, various behavior changes (lethargy, aggression, etc.). Sometimes relatives don't even know of a close person.

Also, after the coma, many patients long enough to restore domestic skills. For example, they are unable to feed herself, to bathe, etc.

One of the signs of recovery and recuperation after the coma is the desire of any activity. However, in this case, do not overly rejoice and immediately give the patient the maximum load is a harsh return to a normal life can have a negative impact on its condition and lead to a marked deterioration of health.

Of course, you should be ready that you will have to spend a lot of effort to recover. In the list of important rehabilitation activities gymnastics (to restore motility), maintenance of hygiene, proper nutrition, walking, adequate sleep, medication and regular consultation with the doctor.
Is the advice useful?
See also
Подписывайтесь на наш канал