What types of puzzles are

Crossword puzzles is a hobby for many people, a pleasant and useful pastime, but also a way to pass the long journey. Due to the variety of types of crossword puzzles, anyone can find the puzzle to their liking. 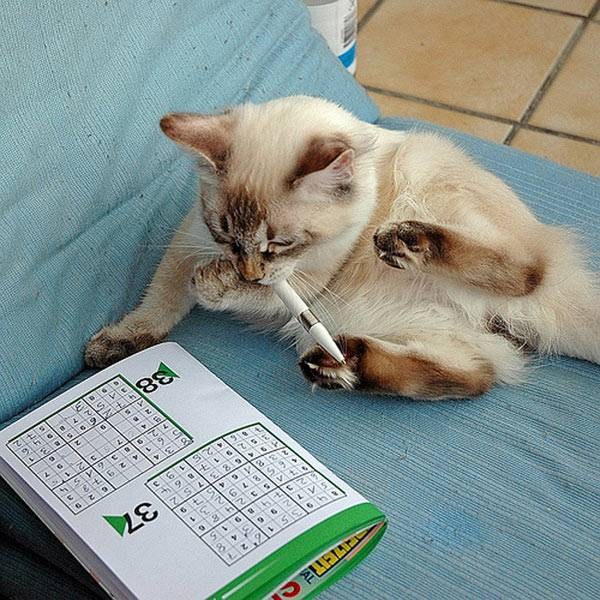 This type of puzzle was invented in the beginning of our era. A wide distribution of crosswords received in the 19th century, after beginning to publish a lot of Newspapers and magazines. But Russia crossword came only in 1925, appeared in the Leningrad magazine "Cutter". Now these puzzles are printed in various publications, as well as independent collections. The rules of the classic crossword is simple - it consists of a grid of cells, overlapping with each other. The job consists of very detailed questions and definitions. As variations are common in crossword puzzles, poems or pictures.

In St. Petersburg there is an international club Russian crossword "Krestoslovitsa".

This is a solid field of cells, some of which were written questions. The direction of responses indicated by arrows. Due to the small space in which to fit the inscription, the questions are brief definitions of the Association or even abbreviations. Overall, skandvordy more popular than the classic crossword puzzles. The density of the crossing words in them much more, so choose the correct answers becomes easier. However, there are more complex varieties of Scandinavian crosswords. For example, in "intensive scan" in some cells fit more than one character, and in the "hexagonal" words fit right in 6 directions.

This variety is also known as "feelwords". Hungarian crossword puzzle is a square field with the already entered letters, which make up the answers. However, words can be written in different directions and bent at a right angle to each other. In simple feelwords to answers clues definition or pictures. In more complex lists only the number of words and their subject matter. A kind of Hungarian crossword - English. Words can only go in a straight line, but their intersection is valid.

In this type of crossword, which bears the name "inward" words are on the chain, one after the other. The answers can be shared one or more letters. Sometimes the chain of linear crossword can intersect itself - this kind of puzzle is called crassinoda.

Keyword, or klocwork consists of a field filled with numbers. Each number has its own letter. You need to restore the crossword puzzle by filling his words. As a rule, in the task keyword is specified, the letters of which are numbered corresponding numbers. Cross-referencing with the key, you need to guess which word is encrypted in the puzzle.
Is the advice useful?
Присоединяйтесь к нам
New advices