How to solve colored nonograms

I must say that the solving of Japanese crossword puzzles – not less fascinating occupation, than usual, although Japanese hidden not words, but pictures. Of course, this is a more complicated process, but if you study the rules of "divination", to achieve the desired result. 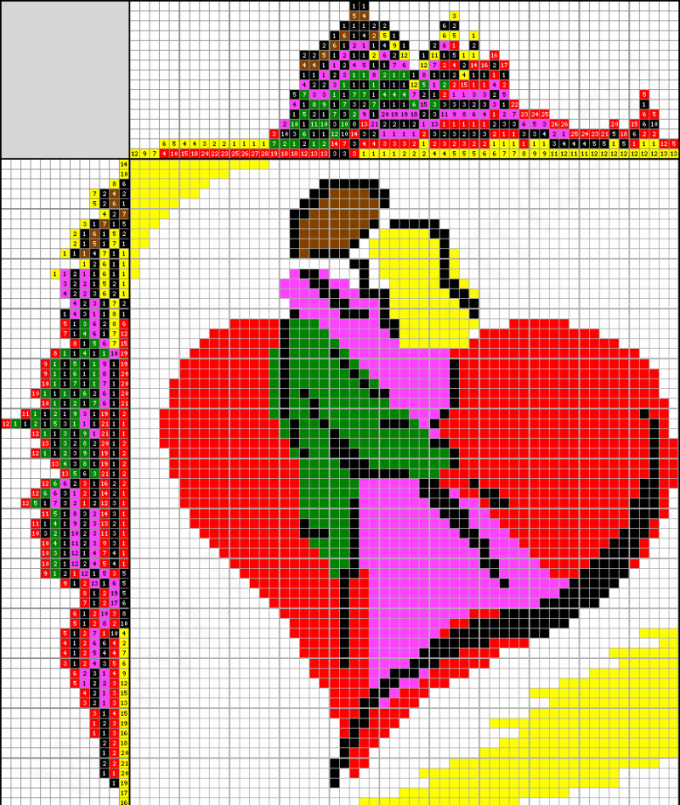 Related articles:
Instruction
1
Before you guess the Japanese crossword, understand that it is composed of several colors, and is based on two main requirements – you need to find the area of shaded cells is guaranteed and identify the locations that do not have them. The puzzle consists of rows and columns and the playing field divided into squares, each of which stops one row and column.
2
Hidden in the crossword puzzle the image encrypted with numbers. Each row and each column "starts" with a set of numbers that indicate the number of consecutive shaded cells. So if the line inscribed figures 5 and 3, this means that there must be two shaded block of five and three cells respectively. Between the blocks are empty cells, which can be as much as necessary, but not less than one. In General, the divination of Japanese crossword is to determine the number of blank cells between colored.
3
Not to confusing; empty cells mark with a cross or put them in the point. Proceed to the solution of "jap" from the column or row which contain the biggest number. In color crossword, they are different colors. If oneof the colored numbers are in a row, between them have to be at least one empty cell. Otherwise (for example, a block of red color it blue) this period may not be.
4
The main difference colored and black-and-white Japanese puzzles is the presence in the first three or more colors of cells. At the same time in color between the teams colored cells may not be empty. That is, solving a black and white version, it should be assumed that one unit shaded cells are necessarily separated one from another with at least one blank cell, which is taken into account in the calculations. In the color same group of cells can be arranged without gaps next to each other. The rest of the solving color Japanese crossword is based on the same principles as solving a black-and-white.
5
It is worth noting that Japanese crossword is rather complicated and shaded from the skies at random scoring will not work. Also do not try to solve this puzzle on the go, because for tasks you need not only to have a few colored pencils, but systematically to change them.
Is the advice useful?
Подписывайтесь на наш канал