Where were shooting the film "the dawns here are quiet"

One of the most powerful, moving and popularly favorite films about the great Patriotic war – drama Stanislav Rostotsky "the dawns here are quiet" is impressive not only because of the poignant plot and unforgettable characters. In the memory of everyone who saw the legendary picture remains picturesque scenery: a tranquil and magnificent forest, clear river in the sunshine, a remote village. Full-scale film was shot in 1972 in the Republic of Karelia. 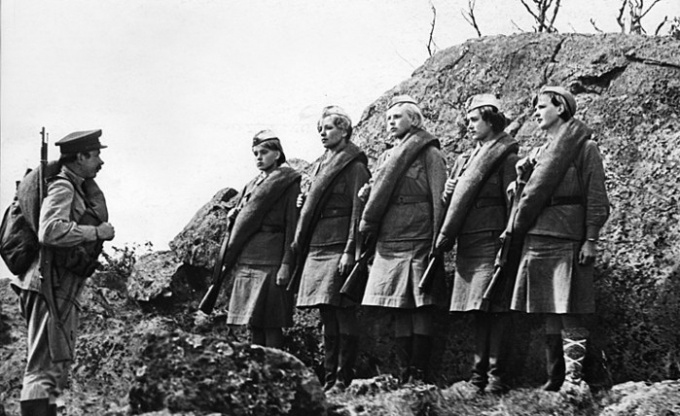 Related articles:
Boris Vasiliev is the author of the eponymous book on which the film does not mention the exact place where took place the events described. But mentioned in the story of the Kirov railway and a number of other factors lead to the conclusion that we are talking about Karelia. That's how it was filmed. The shooting took place near the Ruskeala waterfalls on the tokhmayoki river, in the village of syargilakhta settlement Pryazha region, as well as in the pavilions of "Mosfilm".

On the river tokhmayoki a few kilometers from the village of Ruskeala there are three plain waterfall. The most beautiful of them – Ahvenkoski, which in Finnish means "perches threshold". It was the scene of bathing beauties Genis Kamilkowej heroine of Olga Ostroumova.

Tokhmayoki translates from Finnish as "Raging river". It originates in Finland, runs through the Sortavala region of Karelia and flows into lake Ladoga.

The shooting took place in may, when the water was still ice cold. In the film, the German saboteurs who secretly penetrated into the Karelian forests, tried to cross the river to reach the railroad and destroy it. Sergeant Vaskov and five young anti-aircraft gunner tracked the enemy. They began to cut trees, to convince the Germans that in the middle of nowhere running a large team of lumberjacks, and force the terrorists to go a long way. But the Nazis decided to quietly cross the channel, and then brave Eugene with a cheerful cry and jumped into the water, spagnum scouts.

Quiet dawns in the syargilakhta settlement

The ancient Karelian village syargilakhta settlement is part usolskogo rural settlement in Pryazhinsky district of Karelia. Its name in translation from Karelian means "Bay with roaches". This picturesque place is famous not only because there were shooting the famous military drama "the dawns here are quiet" and lived with the crew.

Later, in the nineties, here was made another movie, this time Finnish. The documentary "the Last of Karelia" dedicated to the old-timers of the village syargilakhta settlement.

A small village is a complex monument. It's preserved old houses, barns, baths, and in the middle of Syargilahta stands the ancient chapel of the Savior, built in the second half of the XVIII century. Now permanent residents in the village left a bit, it gradually becomes a place of cottages and tourist rest.
Is the advice useful?
Присоединяйтесь к нам
New advices