How was filming the movie "Twilight"

The movie "Twilight", filmed on the novel by Stephenie Meyer and is dedicated to the love relationship between a vampire and an ordinary girl, was released in 2008. He immediately became incredibly popular. Movie buffs are often interested in how the shooting took place the first part of the world-famous Saga. 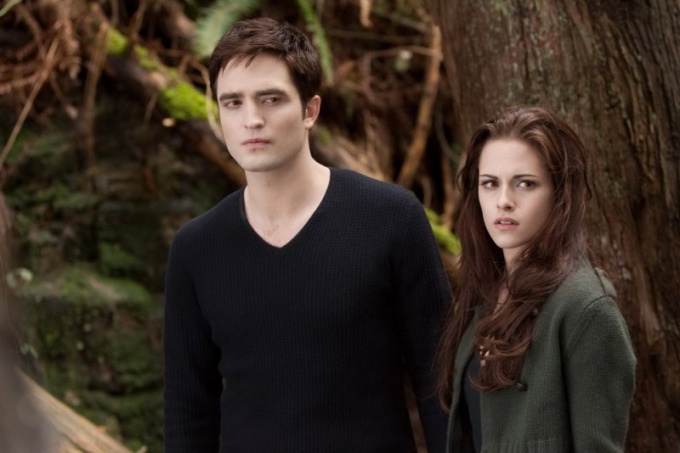 Related articles:
Instruction
1
The production of the film "Twilight" began in April 2007. In agreement with the author of the script and Stephenie Meyer as a Director was approved by Catherine Hardwicke. Then began the casting of the actors. First, the main role of Bella, Song almost immediately approved Kristen Stewart, but with the choice of actor for the role of Edward Cullen was not so simple. Only been viewed five thousand actors. Four candidates-finalists included Robert Pattinson, Jackson Rathbone, Ben Barnes and Shiloh Fernandez. In the end, the role of the vampire approved of Robert Pattinson and Rathbone later played in the film by Jasper.
2
The shooting of the film began in February 2008 and lasted for 2 may this year. Most of the actors, including main characters, was at that time still little known. Robert Pattinson was familiar to viewers for his role of Cedric Diggory in "Harry Potter and the goblet of Fire", and Kristen Stewart has played in several low-budget films. In addition, in the film there is quite a large number of computer graphics, which also helped to reduce the cost of shooting. As a result, the film's budget by Hollywood standards is quite modest – only $37 000 000.
3
A special place in the movie "Twilight" is the images of characters-vampires, which actors put complex make-up. Robert Pattinson had dyed his hair and change her hairstyle. Every day during shooting, he wore brown contact lenses. Subsequently, in some scenes the face and body of the actor was processed with the use of computer effects, which resulted in a skin of a vampire.
4
The picture was released worldwide on 17 November 2008. In Russia the premiere was three days later. Already in the first weekend the film managed to work out your budget and then started to make a profit with incredible speed. All the picture collected in world hire about 400 000 000 dollars.
Is the advice useful?
Подписывайтесь на наш канал