Where the film "Love and doves"

In 1985 in Soviet cinemas out a picture of Vladimir Menshov "Love and pigeons". The film was shot in two places: shooting village life Basil kuzjakina took place in Karelia, and the marine shooting the Black sea, in Batumi. 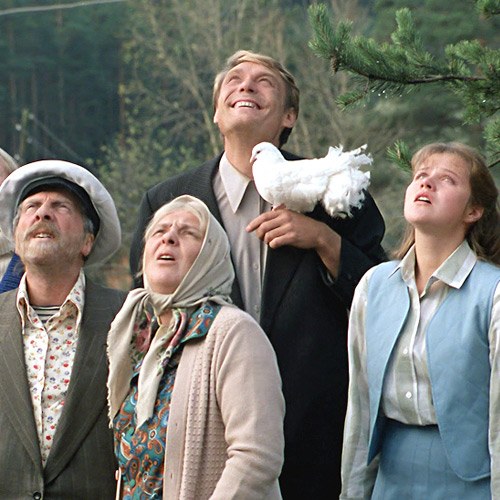 Related articles:
Director Vladimir Menshov has made many amazing movies. One of the most striking pictures was the film "Love and pigeons". The plot of the film was clear and close to every Soviet viewer and narrated about the life of rustic and kind of the worker of forestry Vasily kuzjakina.

At leisure Basil is breeding pigeons. Loves birds and his younger daughter. His family lives simple pleasures. The only people that make "the spice" in their regular lives - neighbors uncle Mitya and Baba Shura. After Kuzyakin receives an industrial injury, he was sent to rest at sea.

Survey village life Basil was held in the Karelian ASSR, in the little town of Medvezhyegorsk. It is located in the shores of lake Onega, near the river Kumsa. At the Bank of Kumsi stood the house in which the scenario was a family Kusakina. In 2011, he was burned, and now in its place built a private cottage.

In modern Medvezhyegorsk is home to about 15,000 people, has a dairy, a factory for harvesting and processing of wood, port, and several hotels and tourist complexes. In addition to the film "Love and doves", was shot here paintings such as "And on stones trees grow", "piranha" and "the Fourth height".

When Vladimir Menshov want to take a trip kuzjakina at sea, the crew moved to Batumi. At a time when cameramen filmed bathing kuzjakina and Raisa Zakharovna, in Batumi it was November, and the sea temperature was 14 ° C above zero. By the way, in Medvezhyegorsk at the time of filming was also not hot - the average temperature of the warmest summer month here rarely exceeds 16оС.

"Love and pigeons" is based on the true story of a family Kusakina. The author of the script Vladimir Gurkin was personally acquainted with Hope and Basil Casacinema, which served as the prototype for the hero of the film. Hope and Vasily lived in the Irkutsk region, city of Cheremkhovo. Now in this village there is a monument to the heroes of the picture.

For the first time on the Soviet screens the film "Love and doves" was released in 1985. Since then it has been viewed more than 44 million people. In 1985, the film won the prestigious film award "Golden boat", a year later, "Love and doves" were already in the Finnish and Hungarian cinemas. In 2009, the picture won the award MTV Russia as one of the best films of the Soviet era.
Is the advice useful?
Присоединяйтесь к нам
New advices