Than to grease the door at home

Tired of the creaking door? Don't know how and what to lubricate the door at home? To solve the problem is not difficult – the main thing is to understand the cause of the difficulty, and then remedy it by yourself. 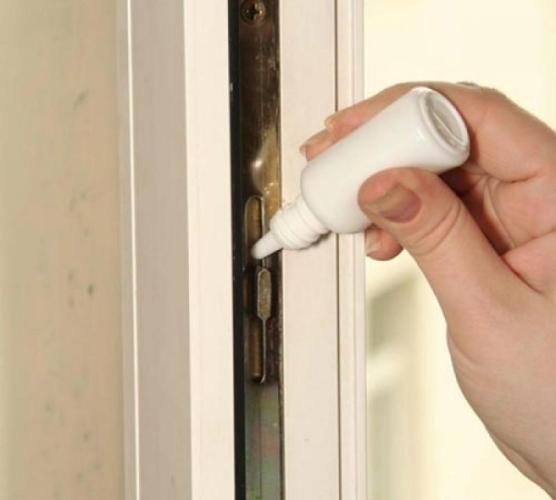 Related articles:
Many people in my life encountered such a phenomenon as the creaking door design, which arises due to friction of the pins of the hinge or because of poor installation.

To eliminate the cause of the creaking door by yourself, at home, but the process requires some knowledge that was done correctly conducted procedure.

There are a few basic options that will allow you to fix the creaking door.

The first option is the easiest to grease the hinges of the door Assembly with engine oil. To do this, slightly raise the door leaf, for example, using the blade of the axe. In the resulting gaps of the loops we need to add some drops of oil. Further down the product to its original position.

Alternative engine oil can be sunflower. However, it has slightly worse lubricating qualities.

The method is quite effective, it does not require much money and physical effort. To do the operation to eliminate the creaking door needs two people.

It may happen that the door structure t of the carton due to wear or unreliable attachment loops.

If the door hinges are almost worn out, they are unable to provide a proper and secure fit of the canvas. The solution to this problem can only be one thing – replace all door hinges.

When there is an insufficient fixing of the door hinge to solve this issue by replacing the positioning loops that, in turn, is very problematic, or to replace the securing screws or screws at the other, with a slightly larger diameter. You can, however, still in the broken hole to install the wooden pegs and then drill new holes and re-tighten them with screws.

When the sound appears only in the offseason, it means that the canvas door construction increases in volume from excess moisture.

A pretty common cause of the creak of the door Assembly is incorporated in the friction of her butt on the box door. Is in such a situation to take measures that reduce the humidity of the room.

The simplest problem, which also requires attention, becomes a creaking from the friction between the parts of the hinge. To get rid of it, they should be lubricated with graphite grease, petroleum jelly or grease.

The main thing – not to overdo it, so that the lubricant of the loops did not get to the door and did not spoil the appearance of the product.
Is the advice useful?
See also
Присоединяйтесь к нам
New advices