Signs of puberty in a boy

Puberty is a time of stress, not only for the boy himself but also for his parents. Mood swings, physiological and psychological discomfort of a teenager that can test the strength of family relationships. 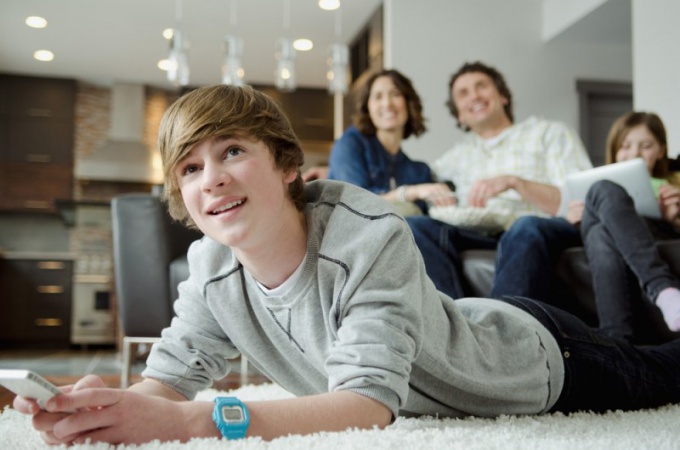 Related articles:
Changes in the body of the boy, attributable to the period from 12 to 17 years, affect its appearance and behavior. The child begins the gradual transition from childhood to adulthood. In the process of puberty, changes in character, and they can be so strong that the teenager is changing beyond recognition. The quiet boy could become aggressive and sharp, and active – the whole to withdraw into themselves and lose interest in outdoor activities.

Teenagers concerned about their appearance, they do not perceive criticism when attempts to commit any of the actions become nervous and aggressive. Flash emotions find an explanation in hormonal restructuring of the body.

Pronounced symptom of adolescence – frequent rudeness to parents and teachers.

At the beginning of adolescence is influenced by many factors: living conditions, nutrition, heredity, physical activity. The transition to adulthood difficult due to the fact that has already formed a Mature attitude to life, which is still impossible to implement, and the ambitions and emotions "overflowing". Teenagers and parents, it is important to understand that a difficult period is a temporary phenomenon that will soon pass, and we must try to maintain trust between them.

It is important to be aware of all the Hobbies and occupations of the teenager, but try not to criticize, evaluate, and persuade, all this is useless – he should determine the choice of life.

Don't focus only on the life of the boy, then home stress can be avoided.

Physiological signs of the transition period in boys

- a sharp jump in growth, development of muscles and bones;
the voice coarsens, it is breaking with sound changes;
the shoulders become broader;
intensive development of the genital organs;
- the appearance of the hairline on the face and body;
- weight appears only in the case of hormonal disorders or hereditary predisposition;
- acne;
- increased perspiration;
- nocturnal emissions.

In the psychology of teenagers occur the following changes:

- increased interest in their appearance;
- intolerance of any criticism;
- dissatisfaction, uncertainty, isolation;
- mood swings;
- aggression, nervousness and dissatisfaction;
- doing actions, not realizing their consequences;
- acute need of support, which often try to hide;
- change of behavior and character traits;
- sexual attraction to the opposite sex.

In any case, you cannot prevent the manifestation of negative emotions of the child, all the aggression has to come out, otherwise there is a risk of its transition to autoaggression. A child needs to feel understood and supported, it will help him to believe in their own strength.
Is the advice useful?
See also
Подписывайтесь на наш канал