How to prepare the bait for the bream

Mature bream — coveted prey for fisherman. The fish has excellent flavor in dried, smoked, fried, added to team soup. However, the young of bream up to about 30 cm, called skimmers, are pleasing anglers, especially in gluhozime, in the absence of large prey. The success of catching this fish largely depends on a well-chosen bait. 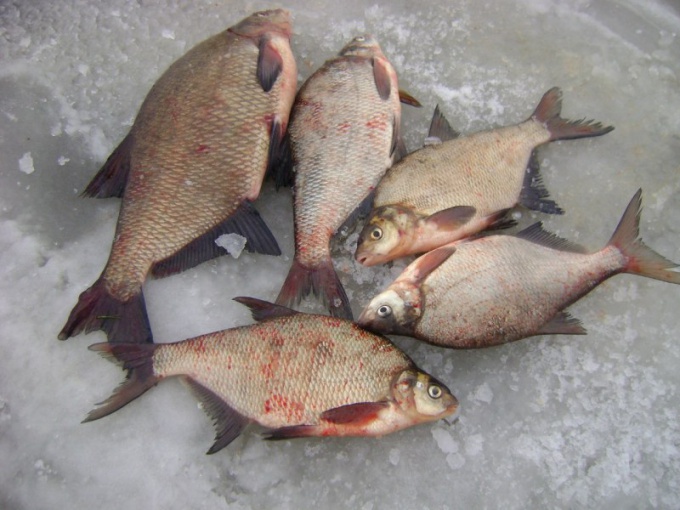 Related articles:
White bream is sometimes mistakenly referred to as a separate type of fish similar to a bream but with a smaller size. Inexperienced fishermen may confuse it with the white bream, but bream catch is valued above the white bream. In fishing stores sell ready-made feeding for bream, but many fans of fishing are recommended to prepare their own compositions.

Before and after spawning, during which fishing is prohibited, the bream reacts to the bait in different ways. Affects the appetite and the taste preferences of water temperature. However, universally of the spring and summer lure we can say. Boiled peas, millet, ACCA and barley on their own or mixed together is sure to interest fish.

The strong current of the river will not be allowed to form the aft spot. So in a strange place turns out the intensity of the flow condition and the bottom topography and evaluates the prospects of fishing with bait.

Protein Supplement in cereal based depends on what will go fishing. If maggots in the mixture is added to a small maggot, a worm — porridge mixed with chopped 3-4 pieces of worms, the same rule applies to bloodworms.

As the bream refers to demersal fish, the bait mixture does not require a filler in the form of bread crumbs, dry milk and other ingredients, creating a "cloud" and which attracts fish from higher water layers. Mandatory flavors, only one should not forget that the colder the water, the less odorous substances must be contained in the fertilizer. Timeless scents of vanilla, anise, cinnamon.

If the bottom is too soft and muddy bottom or covered with thickets of plants, the best bait may not work, lost in the sediment and thicker grasses.

In cooked porridge on the shore is added to the soil, creating the right texture, the bait mixture. The ground should be typed here, on the banks of the pond. Mixed in the tank mixture is checked for rassypaet lump and is delivered to the site of the future fishing boat or, for lack thereof, is carried from the shore.

Autumn and winter fish is particularly delicious: overfed during the summer, bream and skimmers go into hibernation with a thick layer of fat and tender meat. Low temperature significantly reduce the appetite well-fed individuals, in connection with which the hooks are generally very young and hungry fish ignoramus. The success of the winter fishing for bream, however it is achievable.

From the basics for bait, most preferably wheat. The flavors in the mix for winter added very delicately, often experienced fishermen recommend completely abandon them. From the winter "meat" additives are most effectively applied bloodworms, chopped red worms are welcome. Often from the cereal component refuse altogether, luring small fish bloodworms delivered to the bottom with the feeder.
Is the advice useful?
See also
Подписывайтесь на наш канал