How to get to Moscow-city

Moscow-city is Russia's largest construction project downtown. The complex is located in Krasnopresnenskaya area of Moscow, Kozhevnicheskiy pereulok. On-site business center has an observation deck, and the complex itself is pretty impressive. 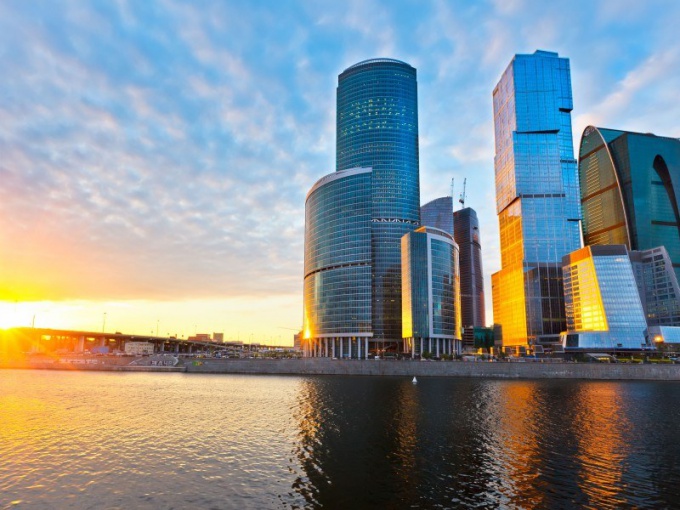 You can use the tour of Moscow city, which is offered by several travel agencies of the capital. Will tell you about the construction of the complex will show interesting places in its territory, including the world's tallest musical fountain and a tour of the tower "Federation".

MIBC (Moscow international business center) was built on the site in 60 hectares. it consists of several tall buildings-towers. Two of these towers are rented for offices, and another one is a hotel and residential apartments. The Center has a number of different shopping areas, banks, beauty salons, shops and other entertainment and service organizations.

How to get on the subway

In the direction of the business center "Moscow-city" is laid with an individual branch line. It starts at the metro station "Kiev" Filevskaya and branches off from the line. You need to catch a train to the station "international". You can exit at the stations "Exhibition center" and "international" - both with easy access to Moscow city. Branch is marked in blue, you can get to it with the hub "Alexandrovsky sad-Arbatskaya-Smolenskaya-Kievskaya.

How to get here by ground transport

To Moscow-city can be reached by bus using the route that you want to stop "Derbenevskaya". Address MIBC – 2 kozhevnicheskiy pereulok, 7a.

How to get to the observation deck in the Moscow-city

Many visitors to Moscow are interested in visiting the observation deck. It opened in the spring of 2014 on the 58 floor of the "Empire". With deck offers excellent views of Moscow state University, the Academy of Sciences. University, the Cathedral of Christ the Saviour, the White house and many other interesting sights of Moscow.

To register in advance. This can be done on a special website devoted to the observation deck: Smotricity.ru. You can also call by phone +7 (499) 272-48-46.
Is the advice useful?
See also
Присоединяйтесь к нам
New advices