In which city the longest and deepest metro

The longest subway in the world – Shanghai, the total length of its lines is more than 500 kilometers. Even extensive and complex of the Beijing metro is difficult to compete with him, but by 2020, perhaps Beijing will receive this title. The deepest metro in North Korea's capital, Pyongyang. But the most profound station located in Kiev and St. Petersburg. 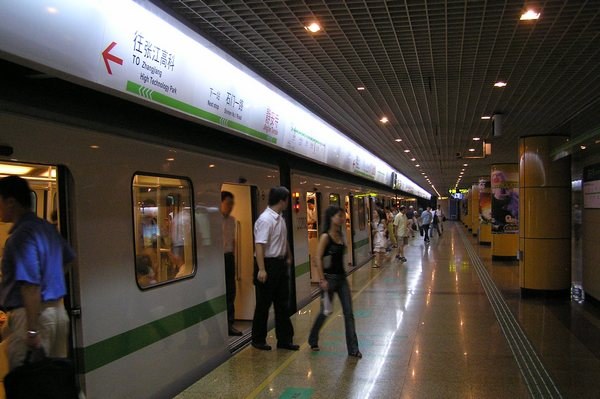 The longest subway in the world

The second longest subway in the world also belongs to China is Beijing. Through the capital of China, which covers a huge area – about 17 thousand square kilometers – is 21 line length from 12 to 57 kilometers. Its total length is 465 km.

Beijing subway began in 1965 by the experience of the Moscow builders. At first it was exclusively a military transport, and only in 1976 the line was opened for public access. Most of the lines within the city are numbered, the other leading to the suburbs, have their own names depending on the destination. They pass through the city in the form of a chessboard, forming a perpendicular and parallel lines.

Particularly rapid metro in the Chinese capital began to develop in the XXI century: its beginning was only a little more than 100 kilometers, but this figure is constantly growing, having reached 465 kilometers. By 2015, the length of the Beijing subway is expected to grow to 708 kilometers, to 2020 to achieve unprecedented value – more than a thousand kilometers. Most likely, this metro in near future will occupy the first place in length.

The deepest subway in the world

If we assume the average depth of the subway, the first place among the deepest subways belongs to Pyongyang. In the capital of North Korea railway line occur at an average depth of 120 meters under the ground, and in some places they reach 150 meters. In the rest of the metro of Pyongyang has no features: consists of two lines, the total length is about 22 kilometers.

The deepest metro station – Arsenalna in Kiev, it is at a depth of 105 meters. Although this is the title you can try to challenge: it is located under the hill, which explains its depth – many experts urge to carry out measurements depending on the level of the sea, not the earth's surface. The second depth of the station is located in Saint-Petersburg and is called "Admiralty".
Is the advice useful?
See also
Присоединяйтесь к нам
New advices