Where does second hand clothing

When the former Soviet Union appeared the first shops "sekond-HEND", is born many versions, from where such clothing is taken. Some have argued that landfills collect fringe, and then pass in purchase to earn money for the Essentials. The second version was that a special team of workers was on duty at the cemetery, and a few hours after the funeral, digging up corpses, took off their clothes and sold. In fact, all these versions have nothing to do with reality. 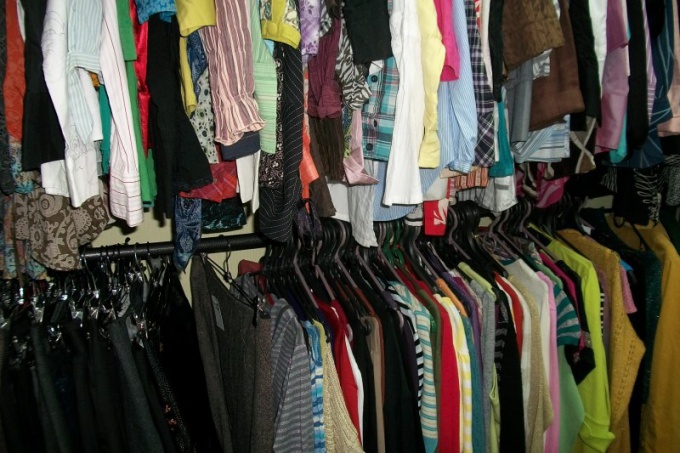 Related articles:
The second-hand stores is a relatively new phenomenon for the CIS. In the world, this system is actively developed for more than a century. To buy clothes in these stores is not considered shameful. The fact is that in most countries it is not customary to throw an old, but good, things, or give them to relatives, friends, friends.

The first category of people – fashionistas and shopaholics. They headlong rush on shops in search of exclusive items or accessory, but once you realize that the recent buying is not a trend, does not fit well with other parts of the wardrobe or just tired, ready to give it to anyone at all. There are still people-experimenters. They usually taste good, but they can not live without change. About once a year they fully update your wardrobe, changing styles and prevailing styles to something completely opposite. The third category – frugal people. They are willing to part with some of their things, but wish to return at least part of their value, and therefore arrange a "garage sale" or rent clothes in "second". Some buy goods from catalogs, but if the thing does not come, im just too lazy to send it back to the manufacturer. There are cases when brand quality clothing is bought for a specific occasion, then useless for buying. And finally, always were, are and will be those who lose weight, gain weight, change their preferences, and had to get rid of many skirts, dresses, trousers, jackets to their home turned into a warehouse.

In Helsinki (Finland) is home to about 600 thousand people. There are more than 50 second-hand stores. 3 of the biggest selling point of already used things are in the city center. In the UK, Sweden and the Netherlands the discovery of even a tiny secondhand store (such as clothes and books, appliances, furniture) includes compulsory licensing. The activities of companies are strictly controlled by public authorities. In Germany the collection of unnecessary things involved in the organization of "Red cross". They give the clothes to the sorting factories, which pay a certain amount for the work done. In Spain, on the streets you can often see special containers in which people put unwanted clothes.

In many stores for unsold collections are declared crazy discount, but if some things remain unclaimed, they shall be the owners of retail outlets in second-hand

English students collect clothes for about the same scheme, and that once Soviet – scrap metal and waste paper. About once a month near the school, stopped the car with a sorting factory, where staff will register participants and distribute special packages. Few weeks they come, take the assembled students, weigh and pay the fee. There is even the practice of holding competitions for the collection of used clothing.

If Europeans decided to take a handout, the clothes must be clean, ironed and neatly folded, and shoes should be steamy and bound by laces

Second-hand as a business

In the second half of the last century the majority of Europeans according to statistics, had this level of income, not just regularly buy some new clothes, but also to fully update your wardrobe every season. In addition, education is simply not allowed to throw away good things. These are the main factors of the emergence of the sorting factories and the formation of the second-hand business.

Entrepreneurs quickly realized that the collection of unnecessary things you can make good money. The market is found in countries with a lower standard of living. Even in worn clothes was the demand. In the CIS countries was born the statement: if you need clothing with smooth seams and sleeves the same length, go to the second hand. This is not surprising, because the markets were just overwhelmed with jeans, skirts, pants, skorts and outerwear in China, and to dress in branded boutiques, not everyone can afford.

There are a number of non-profit organizations that collect used things. Their goal is not to make money, but to help the needy. Part second-hand clothes sold by companies sorters, and part is implemented in its second-hand. To earn money to buy food, hygiene items and medicines to the poorest countries of Africa. Some companies invest in the fight against cancer and AIDS.

The classification of clothing

The collected items received by firms-graders. All clothing is sanitization. First steam and then with a special gas (methyl bromide) for 20 hours. Disinfected each batch is certified. Then the entire mass of clothing sorted into categories: children's, men's, women's, winter, summer and so on. The sorting process is controlled three times: first at the stage of receipt of the garment, the second – after sorting, and the third selectively before sending to the stores.