What is the outcome of the cold war

The end of the Second world war meant that the conflict between mutually hostile political forces ceased. On the contrary, after the victory over Nazi Germany has created the background for the confrontation between the capitalist West and the Communist East. This confrontation was called the "cold war" and continued until the collapse of the Soviet Union. 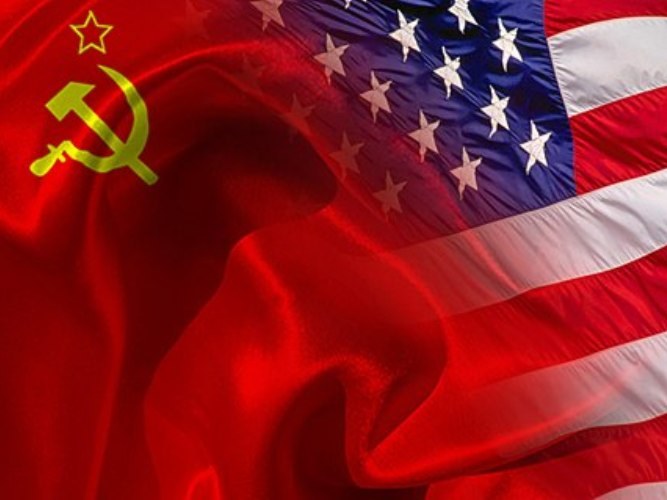 Causes of the cold war

What was the reason for such a long period of "cold" confrontation between the West and the East? Between the model of society represented by the United States of America and the socialist system, the head of which stood the Soviet Union, there were deep and irreconcilable differences.

Both world powers wanted to strengthen its economic and political influence and become the undisputed leaders of the global community.

The United States is extremely not satisfied that the Soviet Union established its influence in several Eastern European countries. Now there began to dominate the Communist ideology. Reactionary circles in the West were afraid that Communist ideas penetrated further West and formed the socialist camp can be a serious competitor to the capitalist world in economic and military spheres.

The beginning of the "cold war" historians consider it a leading British politician Winston Churchill that in March 1946 he delivered in Fulton. In his speech, Churchill warned the Western world from error, right saying about the looming Communist danger, which need to come together. Expressed in this speech situation was the actual call for the unleashing of the cold war against the Soviet Union.

The course of the cold war

The cold war had several climaxes. Among them were the signing of a number of Western countries of the North Atlantic Treaty, the Korean war and the testing of nuclear weapons in the USSR. And in the early 60-ies of the world anxiously followed the development of the so-called Cuban missile crisis, which showed that the two superpowers have such a powerful weapon that the winners in a possible military confrontation will not.

Awareness of this fact has led politicians to believe that political confrontation and arms build-up should be brought under control. The desire of the USSR and the USA to strengthen its military power led to a Grand budget and spending undermined the economy of both Nations. Statistics suggests that both economies are not able to continue to maintain the pace of the arms race, therefore, the governments of the US and Soviet Union eventually signed an agreement on the reduction of nuclear aresenals.

But the cold war is still far from been completed. She continued in the information space. Both States has used its ideological apparatuses, to undermine the political power of each other. There were provocations and subversive activities. Each of the parties tried in a favorable light to present the benefits of their social system, at the same time downplaying the achievements of the enemy.

The end of the cold war and its outcome

In the result of a malicious external and internal factors in the mid 80-ies of the last century the Soviet Union was in deep economic and political crisis. The country began the process of restructuring, which in essence was a course for the replacement of socialism capitalist relations.

The West had a landslide victory in the "cold war" with the Soviet Union and the United States remained the world's only superpower. This was mainly the result of "cold" confrontation.

Still, some analysts believe that the collapse of the Communist regime did not lead to the complete end of the cold war. Russia, which has nuclear weapons, though, and embarked on the capitalist path of development, is still a nuisance for the implementation of aggressive intentions of the United States, seeking total world domination. A special irritation of the American ruling circles causes the desire of a renewed Russia pursue an independent foreign policy.
Is the advice useful?
Присоединяйтесь к нам
New advices