With the names of any figures related to the beginning of the cold war?

Officially the cold war began in 1946 and ended during the reign of Gorbachev in the Soviet Union. She was kept in suspense the whole world for several decades. "Cold war" is often associated with the names of three leaders at the time. 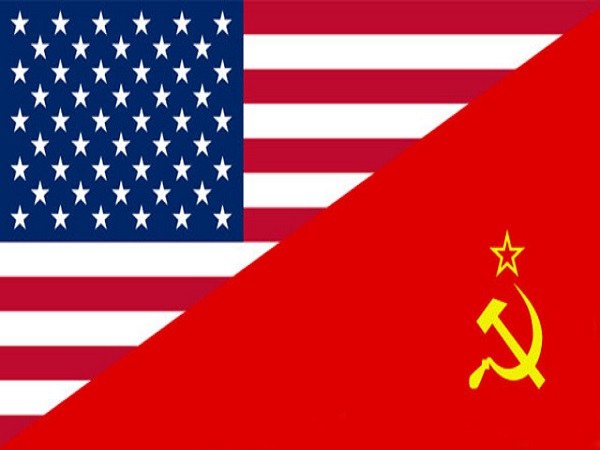 Related articles:
After ended world war II, the whole world froze in anticipation – what next? The wait lasted long enough, since the "cold war" lasted for several decades. Sometimes it seemed that the confrontation between East and West is about to grow into a Third world war, but some force stopped world leaders at the most extreme point.

Who is associated with the beginning of the cold war? Historians offer several versions. The most plausible and logical are presented below.

It is possible to assume that Joseph Stalin is one of those who stood at the origins of the cold war. He was forced to go for it to save the people the psychology of a winner and to continue the development of the country.

Immediately after the capture of Berlin started an open confrontation between capitalism and socialism for spheres of influence. Europe was divided into parts, the fore hidden politics, not open confrontation.

Currently, the "cold war", one might say, was not over. She moved in a different direction. Recently began a new round after the Crimea was annexed to Russia, or rather returned. Though not of socialism, which existed in the Soviet Union, but the confrontation between East and West continues. Only in the struggle connected new powers, including countries in the Middle East.

After the unique victory of the red army, Churchill allies greatly feared that "Stalin machine" will absorb the whole of Europe. He offered US unite to in the world was opposed to the Soviet system.

Recently declassified documents from those years, which says that the Western powers were not going to stand on ceremony with the Soviet Union. There was even abandoned a plan to seize our country, which was called "Operation fabulous". By the way, the plan was developed with the participation of Churchill in 1945! However, after a couple of months resulted in a joint with America's decision to abandon the plan and go to ideological war, whose consequences are now obvious.

It turns out that Winston Churchill is one of the founders of the cold war.

One of the important roles in the outbreak of the so-called "cold war" was destined to play Harry Truman. He immediately identified the attitude of the Soviet Union, arguing that "this powerful elephant has no manners and should be put in place". Unlike Roosevelt, Truman had plans to extend American attitude to life across the planet. He hooked the best political analysts and psychologists to develop a strategy for the development of his ideas. Moreover, the new President of the United States secretly developed the atomic bomb to be a powerful argument in the future world section.

If Roosevelt tried to have friendly relations with the Soviet Union, Truman was United with England and became "rock the boat".

Officially, in 1991 the cold war ended. Actually it just changed its appearance, became more violent and ruthless against the nation. The perverted ideology, substitution of values through the media, a break with the historical past is able to destroy entire Nations. It may well be that in 50 years the schools will study the period called the "ideological war".
Is the advice useful?
Подписывайтесь на наш канал