What the cold war

Among the various political and military conflicts of the XX century, stands out a cold war. It lasted for more than 40 years and covered almost all corners of the globe. And to understand the history of the second half of the twentieth century need to find out what this confrontation. 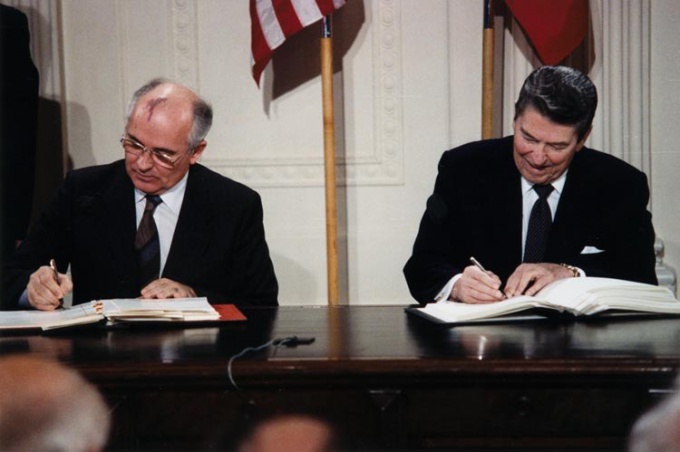 The definition of the cold war

The very expression "cold war" appeared in the second half of the forties, when it became clear that the contradictions between the recent allies in the war against fascism became insurmountable. This definition described the specific situation of confrontation between the socialist bloc and the Western democracies led by the United States.


The question of the authorship of the term "cold war" is still remains controversial among historians.

The importance during the cold war was propaganda, which involved all media channels. Another method of fighting the opponents was the economic rivalry of the USSR and the United States expanded the circle of its allies by providing substantial financial assistance to other States.

The course of the cold war

The period called the cold war began shortly after the Second world war. Defeating a common enemy, the USSR and the USA lost the need for collaboration that revived the old controversy. The United States has been frightened by the tendency of the establishment of Communist regimes in Europe and Asia.

As a result, in the late forties, Europe was divided into two parts - the Western part of the continent adopted the so-called Marshall plan - economic aid from the United States, and the East moved into the zone of Soviet influence. In Germany the tensions between the former allies in the end was divided into the socialist GDR and the Pro-American West Germany.

The struggle for influence was in Africa - in particular, the Soviet Union managed to establish contacts with the Arab States of the southern Mediterranean, such as Egypt.

In Asia, the conflict between the USA and the USSR for world domination has moved into a military phase. The Korean war ended with the division of the state into Northern and southern parts. Later began the war in Vietnam, which resulted in the defeat of the US and establish the country's socialist government. Also under the influence of the Soviet Union came to China, but not for long - although in China remained in power, the Communist party, the state began to pursue an independent policy by entering into a confrontation with the Soviet Union, and the United States.

In the early sixties the world has never been close to a new world war began the Cuban missile crisis. In the end, Kennedy and Khrushchev were able to negotiate a non-aggression as a conflict of such scale with the use of nuclear weapons could lead to the complete destruction of mankind.

In the early eighties began a period of "détente" - the normalization of Soviet-American relations. However the cold war ended only with the collapse of the Soviet Union.
Is the advice useful?
Присоединяйтесь к нам
New advices