The history of the formation of the Golden Horde

In the beginning of XIII century warrior Genghis Khan has United under his rule a number of Mongol tribes. From that moment began the conquest, whose ultimate goal was the creation of a mighty superpower. Subsequently, a huge space from the Pacific coast to the Danube was controlled by the descendants of Genghis Khan, the most influential of which was Jochi. In the annals of the ulus of Jochi's successor, Batu, became known as the Golden Horde. 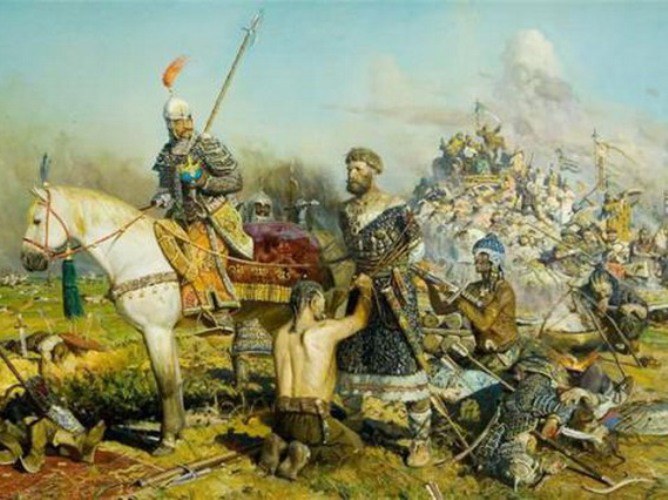 Facts from the history of the Golden Horde

The beginning of the creation of the Golden Horde historians consider the year 1243. At that time Batu returned from their conquest in Europe. Then the Russian Prince Jaroslav first came to the court of the Mongol Khan, to get the label to reign, that is, the right to lead the Russian lands. The Golden Horde is considered one of the major medieval powers.

The size and military might of the Horde in those years had no equal. Friendship with the Mongolian government sought even the rulers of distant lands.

The Golden Horde stretched for thousands of kilometres, representing the ethnic mixture of different nationalities. The state entered the Mongols, Russians, Volga Bulgars, Mordovians, Bashkirs, Circassians, Georgians, Cumans. Its multinational character, the Golden Horde had inherited after the Mongols had conquered many territories.

As the Golden Horde was formed

In the vast steppes of Central Asia since ancient times, wandering tribes, United under the common name "the Mongols". They were property inequality, it has its own aristocracy, which drew wealth during the capture of the pastures and lands of ordinary nomads.

Between separate tribes was fierce and bloody struggle, which culminated in the creation of a feudal state with a powerful military organization.

In the early 30-ies of the XIII century, the detachment of several thousand Mongol invaders came to the Caspian steppes, where in those days roamed the Cumans. Having conquered before Bashkirs and the Volga Bulgars, the Mongols began to seize the Polovtsian land. These vast territories gained in his management of the elder son of Genghis Khan Jochi. Finally consolidated his rule over the ulus of his son Batu (Batu, as they called it in Russia). The rate of the state Batu in 1243 made in the Lower Volga.

Led by Batu political education in the historical tradition subsequently received the name "Golden Horde". It should be noted that is the state called themselves the Mongols. They called it the "Ulus of Jochi". The term "Golden Horde" or simply "Horde" appeared in the historiography much later, around the sixteenth century, when the once mighty Mongol state had nothing left.

The choice of location for the control center of the Horde was taken by Batu consciously. Mongolian Khan appreciated the dignity of the local steppes and meadows could not be better suited to the pastures they needed horses and livestock. The lower Volga – the place where the path crossed the caravan that the Mongols could easily control.
Is the advice useful?
Подписывайтесь на наш канал