Why is the engine "eats" oil 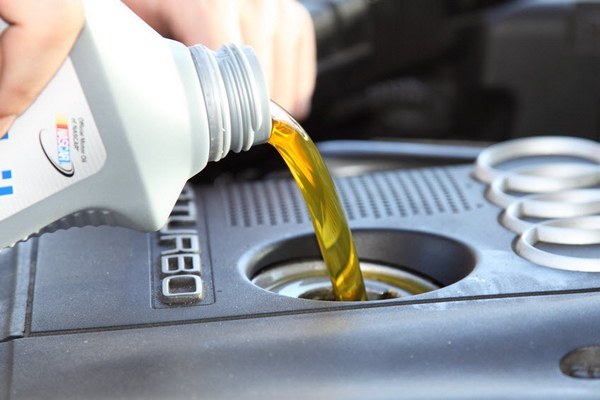 Some oil consumption through burning and the intake of the engine provided the passport of any vehicle. The normal flow rate of 0.1-0.3% of fuel consumption. The increase in consumption indicates a malfunction in the engine that can lead to serious consequences, including a major overhaul.

Consumption in a liter of oil per 1000 miles can be considered normal for powerful engines, V6 or V8, for small cars is already significant excess of the standard oil consumption.


The increase in oil consumption due to leaks

The first reason is that the engine starts to "eat" oil is an obvious oil leak outside the engine. Potential places where the oil can run out, there are several.

Oil leakage through the oil seals of the crankshaft. Most often, this flow is connected with the wear of the sealing edges of the seals due to their long life, or rubber and of poor quality. Often there are cases when the new seals start leaking after adding the oil, any additives and other autogenically liquids.

Flow through the cylinder head. This is a serious problem, which says that the engine is running in emergency mode. Such a leak can occur from overheating of the cylinder head. If before the leak was repaired engine, it means when the Assembly was not properly tightened bolts of power. The presence of such leaks can tell the oil stains and streaks on the surface of the engine block. This defect needs immediate addressing, as it is fraught with serious consequences, up to "wedge" the engine or hydraulic shock.

Malfunction of the engine oil system

One of the main reasons for the increase in oil consumption worn internal engine parts are responsible for the smooth operation of the oil system.

The world's first motor oil was patented in 1873 by the American Dr. John Ellis.

The most common cause of a significant increase in consumption associated with the internal parts of the engine is leaking through the valve seals-valve engine. These seals in the engine are constantly exposed to high temperatures, causing them to lose their elasticity and sealing properties. The occurrence of such a failure is accompanied by a significant increase in oil consumption and an increase in the number of produced smoke. Replacement valve stem caps in such a situation is almost inevitable.

Oil scraper piston rings is another important element of the oil system. Since oil control rings are working in areas of high contact pressure, wear is inevitable and inherent in the very principle of operation. In addition the rings may be overheated or charred, which also contributes to increase oil consumption at burning loss, and coking added to this is lowering the compression and unstable work of the engine.

Increased wear of the cylinders or warping is the most serious reason that causes a significant increase in oil consumption by the engine requiring major repair with replacement of pistons, rings and boring the block.

It is also worth noting that increased oil consumption can be caused not only by purely technical reasons connected with malfunctions in the engine, but unfavorable operating conditions. The aggressive style of driving at outrageous speeds always leads to the fact that the engine starts to "eat" oil. Therefore, all experienced Amateur "Rev up" always carry in the trunk of the canister with oil.
Is the advice useful?
Присоединяйтесь к нам
New advices