What is the law on bankruptcy of individuals

The bill on bankruptcy of natural persons was adopted by the state Duma in the first reading in 2012, He aims to resolve the situation of debtors in Russia. The need for the adoption of the law caused by the boom in consumer lending that has been seen in recent days. 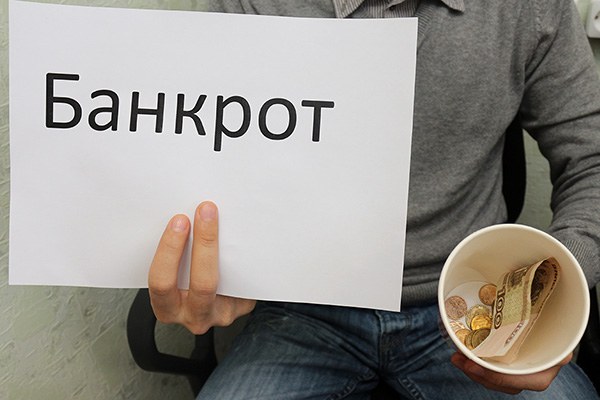 Related articles:
Often borrowers, having a loan, had to reborrow the money in other banks and take the new loan. As a result, the amount of monthly payments were unaffordable to the debtor. In a crisis, when many citizens have lost their jobs, the situation has only worsened.

According to statistics, the total volume of issued loans in Russia is 7 trillion rubles, among which 4.5% or 310 billion relates to outstanding.

If in Western countries such debtors always have the option to declare bankruptcy, to pay off debts and start a new life, in Russia such a mechanism is absent.

What is the meaning of the law

The bill in its most General form implies the following algorithm for the bankruptcy of the borrower:

Tax, the borrower or the lender makes a claim to the arbitration court on the recognition of the borrower's bankruptcy. To do so they can, if the borrower has a debt above 50 thousand rubles, which he had not paid the last 6 months. In this case, the borrower shall not have outstanding convictions.

If the court finds a natural person bankrupt, it defines a plan of debt restructuring for up to 5 years, and appoints a temporary administrator. What is the opinion of the lender about the payment plan does not matter. After five years from the debtor removed the status of "bankrupt".

The borrower must follow the established plan of payment of the debt, or his property is subject to forced sale at public auction.

In order to exclude possible abuse by the borrower, the bill provides for a restriction of the debtor's application is considered only if the funds for the remuneration of the Manager - 20 thousand rubles to exercise your right to declare itself bankrupt citizen could only once in five years.

During the year the debtor is recognized bankrupt, it is forbidden to do business and to borrow from the banks for five years. After he has the right to start a new credit history.

The benefits for borrowers are obvious - they get to pay the debt in the long term and preserve social and property status. At the same time, creditors will be able to reduce the cost of recovery of bad debts. The law also will allow to protect citizens from the actions of collectors.

Even in the case of a sale of the debtor's property under the hammer, it is illegal to pick up appliances (cost less than 30 thousand rubles); the objects necessary for the implementation of professional activities; money up to 25 thousand rubles; the apartment, if it is the only (with the exception of housing, decorated in the mortgage).

Among the shortcomings can be noted:

- the need for payment services Manager;

- the law could lead to stricter requirements for borrowers and higher rates on loans;

- the prohibition to do business, as well as to take leadership positions for the bankrupt.

Many experts in the shortcomings of the law - its use by those debtors who deliberately did not pay the debts. For example, when the amount of the debt is 1 million rubles and assets in the amount of 100 thousand, the latter is implemented in the course of trading, and the debt actually forgiven to the borrower.
Is the advice useful?
Присоединяйтесь к нам
New advices