Can you really not communicate with her mother in law

Family life of the people is different. But it is always assumed that to know relatives and at least occasionally to communicate with them is necessary. Mother-in-law is the mother of your husband, a close relative. Lack of communication is unlikely to have a positive impact on the atmosphere in the family. 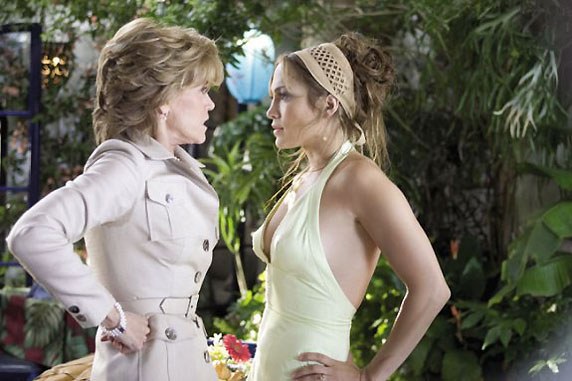 Related articles:
Relationship mother-in-law and sister-in-law – was very painful for both parties. More or less smoothly, if families live apart. The less we have to see each other, the less reason for mutual irritation. In this case, the circumstances develop in such a way that communication can be kept to a minimum.

Harder if a young family have to live in the same apartment with their parents. Or let different, but in the neighborhood. However, it all depends on the character as mother-in-law and sister-in-law.

Things to think about

Is it possible not to communicate, the daughter-in-law and mother-in-law? Probably, although it's hard to imagine, since we are talking about close relatives. There is another question. Do I need to bring the situation to the point where communication becomes impossible?

Emotions, especially negative, do not help in making the right decision. Need to cool down, and then, after weighing everything carefully, try to find a peaceful solution to the conflict.

Usually neither side wants to harm and acts like she think exclusively of the good intentions. This is probably the first and foremost thing that you need to take into account.

The quarrel, open or implicit, but having the same place, put in a terrible position of a man equally dear and sister-in-law and mother-in-law. The man, caught between two fires, do not envy, because he loves both wife and mother. This is another point that is worth considering.

What do daughter-in-law and mother-in-law

And the total of these two, sometimes completely not similar to each other, women very much. And the first is the man they love, whose feelings you should consider.

If the young wife will find the strength to ask my husband what he appreciates his mom, she can gain a lot of useful information that will help to build good relations. In addition, a woman suddenly see that the qualities that her husband appreciates mother have of her.

It is no secret that people choose partners based on experience, and intuitively find a man similar to parents.

Following the similarity-in-law and sister-in-law that, in turn, was or is still a daughter-in-law against the mother of her husband, and the second potential mother in law.

In connection with this young woman, first, is gently asking his mother-in-law about her relationship with her mother-in-law. This conversation can help her learn about what she still didn't make any new things for themselves. The discussion will be useful and mother-in-law, as it will help to rethink something, at least, will make you wonder why relations with the daughter-in-law don't add up.

Man is so constituted that he can hardly get used to a new role and many are beginning to understand only when it appears in a certain situation.

A young woman, becoming a daughter-in-law thinks that with time she will become mother-in-law. If she has a son, it is inevitable. The child grows and sees how get along or not get along with his parents, and grandparents. And when you grow old you most likely will build your relationships with people, according to what he has absorbed since childhood.

Is it normal to want your grown child's perception of a quarrel between close friends as the norm? Do you have to fight with the beloved son, which, of course, is "some not so"?

There is a saying "better a bad peace than a good quarrel". However, it is better if the world will be good. Build relationships – quite a tough job. But a necessary one.
Is the advice useful?
Подписывайтесь на наш канал