The most popular works of Shakespeare

From the work of the great English poet and playwright William Shakespeare to have survived 36 plays, 2 long poems and the "crown" of sonnets. The popularity of all these works is difficult to overestimate, but some plays are more often put on the stage, write on the basis of their screenplays and films, as well as translate other works of art. 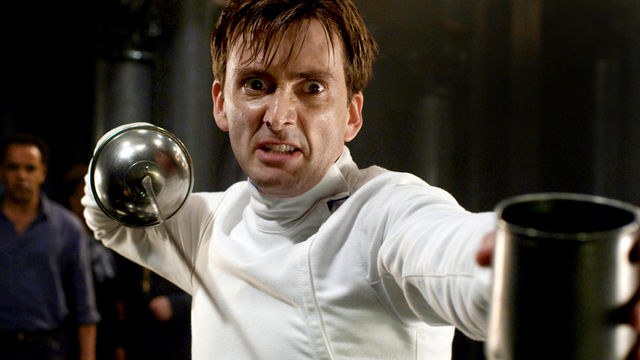 Hamlet is the longest play Shakespeare's most famous tragedy of all ever written in the world. The story of "the Prince of Denmark," inspired such great poets and writers like Goethe and Dickens, Chekhov and Joyce, Stoppard, and Murdoch. On the translation of "hamlet" only in Russian language worked with poets such as Sumarokov, Gnedich, parsnips. Many of the greatest actors wanted to play the main role in this play, some were able and they are forever inscribed their names on the "Golden" page in the world drama. In Russia the most famous actors who played hamlet on the stage are the great pre-revolutionary luminaries — Paul Mochalov Vasily Kachalov, star pre-war Theater, Michael Chekhov, and also the least favorite and famous: Mikhail Kozakov, Vladimir Vysotsky, Innokenty Smoktunovsky, Oleg Yankovsky.

According to the creators of disney's "the lion King", their product is also a reinterpretation of "hamlet."

The tragic story of two lovers second, the frequency of performances and adaptations of the Shakespeare play. The names of the main characters have become cultural archetypes, their history can be found in thousands of books, plays, movies and musicals. It is the most filmed Shakespeare play, moreover, it is believed that it is her filmmakers "tell" only slightly less than the tale of Cinderella.

The tragedy of "Romeo and Juliet" was the basis for Prokofiev's operas, Gounod, Tchaikovsky's Overture and the famous musical "West side story", the music for which was written by the American composer Leonard Bernstein.

"Macbeth" is only slightly inferior in fame to the two previous tragedies. The story of a terrible betrayal, the bloody ambitions, vile murder, a story in which the reigning real "Shakespearean passions" gave the world the famous Shakespearean villain — lady Macbeth. In the theatre the play is associated most superstitions, to the extent that the actors try not to say her name and say that today they play in "the Scottish play".

The story of a jealous moor not lose its relevance for more than 400 years. Because it covered such eternal themes as jealousy, betrayal, envy, betrayal. It is believed that Shakespeare was the first who spoke about this problem as racism.

The play "Richard III" refers to the historical narratives created by the great poet. A total of seven and they all relate to English history. Chronicles does not include "Roman" works on subjects from ancient history — "Julius Caesar" and "Antony and Cleopatra", as well as the already mentioned "Macbeth." "Richard III" is the second longest Shakespeare play, it's rarely played without cuts. This work is an example of how a great poet, being deceived, is able to change the story. Misled by the work of Thomas more, an ardent supporter of the Tudors, Shakespeare has created a vivid and great image a person is talented, but infinitely vile, vicious and unscrupulous, did not disdain the lowest action while the real Richard of York, according to numerous scientific studies, was the complete opposite — courageous, conscientious, talented administrator, which needed England at the time.

Light romantic Comedy with three intersecting storylines — young lovers Lysander and Hermia., king of the fairies and elves Oberon and his wife Titania and the four Athenian artisans prepare Amateur posing for the impending wedding of the ruler of Athens, Theseus and Hippolyta, Queen of the Amazons — one of seventeen of Shakespeare's works of this genre. It is believed that it was her, of all the "easy" plays of the great dramatist, is most often seen on the stage. However, the most frequently quoted phrase of the great poet is a string of other comedies, "As you like it" — "All the world's a stage — it women, men — all the actors".
Is the advice useful?
Подписывайтесь на наш канал