The most famous science fiction writers

Fiction is one of the most popular genres in modern literature. Among the writers who worked there, there are those, who without exaggeration can be called the classics of world literature. 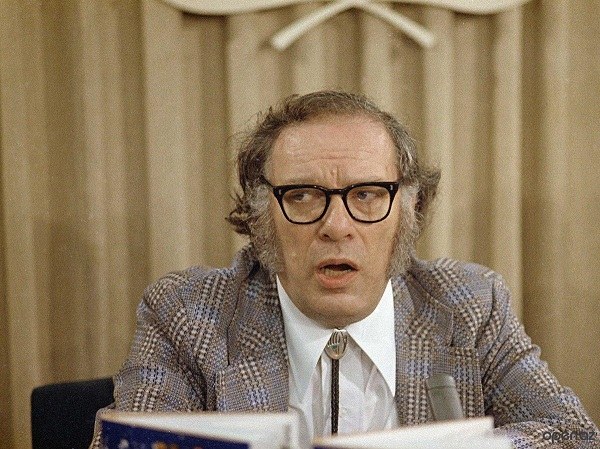 Ray Bradbury – a classic not only of science fiction but literature in General. His works are distinguished by deep psychological insight and piercing.

The most famous ray Bradbury brought a dark and philosophical cycle of stories "the Martian Chronicles", as well as a post-apocalyptic novel "Fahrenheit 451".

Isaac Asimov – American writer, the author of about 500 books, a multiple winner of the prestigious literary awards "Hugo" and "nebula". Some of the words invented by Asimov, firmly entrenched in the English language.

Clifford D. Simak is one of the founders of modern American fiction. The author of such iconic works as "City", "Ring around the sun", "Reserve Goblin", "the werewolf Principle".

Stanislaw LEM – a Polish science fiction writer, futurist and philosopher. Book the Lemma is translated into more than 40 languages. There are many adaptations of his works, among which the most famous is the brilliant "Solaris" by Andrei Tarkovsky.

Robert Anson Heinlein is the only writer who has received five awards for "Hugo", a multiple winner of the "Nebula". Peru belongs to the cult of Heinlein's "Stranger in a strange land" and the excellent "teenage series", which set the standards for teen fiction ("Star beast", "the Martian pagkain", "what Is a spacesuit – will travel" and others).

The brothers Arkady and Boris Strugatsky – the iconic Soviet and Russian writers who worked mainly in tandem (although each of them was published and self-narratives), have become classics of modern fiction not only in Russia but throughout the world. However, the depth and philosophy of their best works ("roadside picnic", "the Snail on the slope", "Lame fate", "doomed city" and others) goes far beyond fiction as a genre.

Kir Bulychev – the author, known primarily as the author of children and teen fiction series about the adventures of a girl from the future Alice Selezneva ("one Hundred years ahead", "earth Girl" and others). However, Bulycheva there are other works that differ consistently in easy language and superb sense of humor – for example, a cycle of stories "the Martian potion" about the inhabitants of the fictional town of the great Guslar.

The best works of Lukyanenko can be attributed to his early work – "Knights of forty Islands", "Boy and Darkness".

Sergei Lukyanenko – perhaps the most famous to date of contemporary Russian science fiction writer. Its popularity is caused primarily by the adaptations of his books "Day watch" and "Night watch".
Is the advice useful?
See also
Подписывайтесь на наш канал