Any religion will inevitably instructs his followers certain rules of behavior and relationships "in the world," imposes restrictions and even bans. The latter can be only spiritual, as in Buddhism, or mundane, as in Islam or Christianity. So, Islam enjoins Muslims to refrain from alcohol and eating pork. 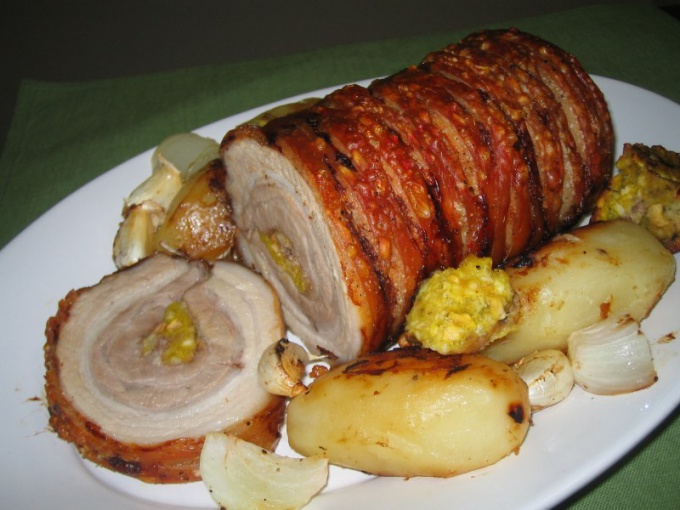 Related articles:
Muslims - people who base their perception of the world and thinking on religion that "brought" the prophet Muhammad, also called Mohammed and Mohammed. In Islam, the name has its own importance in it as it laid the spiritual destiny of man, the name Muhammad means "praised", "praiseworthy".

The prophet Muhammad is especially revered in Islam, he is the last person who was available as a the revelations of Allah.

Muhammad - the prophet of Islam, but also he was a political activist, founder of the Muslim community. Muslims believe all the requirements which contains the Holy book the Quran a set of rules and revelations that Muhammad preached from the mouth of God (Allah). Of course, that Muslims revere the Quran and try to obey all of his rules, so as not to anger Allah. One of these is a categorical ban on eating pork.

The Revelation Of The Qur'an

As stated in the Qur'an, it is impossible to use believer: "marticio, blood, pork and what has been slaughtered with the name other, not of Allah." There are in the Qur'an and a note that anyone who, without his will eat pork, will not be sinful, as he was forced to it, and not he wanted to do so.

A ban on pig meat was not born by chance, during the life of the prophet Muhammad the world is shaken by epidemics of plague and cholera, diphtheria, brucellosis and other diseases that affect including animals, were literally wiped out entire cities. It is believed that the pig is dirty animal, pasture feeds and excrement. Accordingly, in animal meat may contain bacteria that cause various diseases.

Moreover, in such hot countries as Iran, Iraq, Tunisia and other Islamic countries, pork is quickly deteriorated, became the cause of poisoning.

However, devout Muslims and Jews tend to explain the ban a bit different: the rejection of the use of pork helps the person to get closer to physical and spiritual perfection, retire from the "pasture" of life, which are filthy animals.

Failure is the path of sacrifice, he is not as pronounced in Islam, as in Christianity, however, is a no less important place in the religious consciousness of the adherent of the Church/mosque. The ability to keep yourself under prescribed rules, to comply with the prohibitions and commandments of the prophets, lead an austere life, sow goodness and mercy – that step into the arms of Allah.

The Jews have another, not devoid of sense, the version of the rejection of pork. They are based on medical research, saying the blood cells of the pig in structure and biological activity similar to human organs have the same fertility, and human. Not likening the pig "the apex of God's creation," Hebrews forbids eating the meat, even the Torah.

From a scientific point of view of pig meat really more harmful than the meat of other animals. The fact that the fat cells of the pig, getting into the human body, do not dissolve and accumulate, thereby causing excess weight. But excessive weight is perhaps not the worst, accumulation in the body can cause formation of malignant tumors, lead to blockage of blood vessels with early atherosclerosis.
Is the advice useful?
See also
Присоединяйтесь к нам
New advices