Where to get a tattoo

The fashion for tattoos is not new. If earlier tattoo skills associated with the ugly blue tattoos, now this is real art. Tattoos in various places - on the back, arms, lower back and even face. 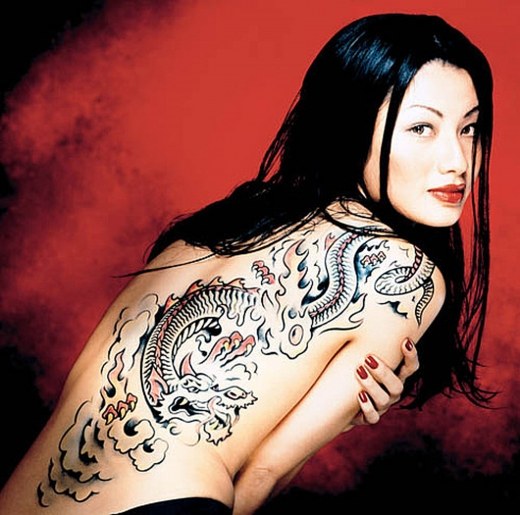 Back is truly a joy for lovers of the tattoo. Big and flat enough area to make large-scale tattoo of the composition. Popular places for figures - blades, spine and lower back. To make a tattoo on the shoulder blade or along the vertebrae enough to hurt, as the bone in these places is right under the skin and fat layer is very small, but it's very unlikely that the pattern deforms in the future. Tattoo on the lower back are mainly women, but before tattoo in this place meant that she is a representative of the oldest profession. Also popular large tattoo covering the upper back. But due to the nature of the body structure to do tattoos there is quite difficult.


A tattoo on the back hard enough to heal, but caring for it can cause some difficulties.


Tattoo on the hand

Brutal man prick the pattern on the biceps, fragile girls on the wrist, and the nonconformists who want to stand out, make a tattoo sleeve his whole arm. Shoulder tattoo done fast enough. There is good muscle and body fat, which makes the procedure not so painful. But before you do tattoo on wrist, think. The illustration in this place can "swim", and one part of it often becomes lighter than the other. Temporary henna tattoo on wrist is the best option. Tattoo-sleeve may look impressive and beautiful, if you choose a good master. However, how much would cost such a large-scale work, it is difficult to imagine.

Popular tattoo designs on individual fingers. Are depicted ring or text the whole length of the finger.

The picture on the foot

The most popular choice for foot tattoos is the ankle. Here make decals, tattoo bracelets, hieroglyphs, various signs that make sense for the owner. Figure this place should be small parts in large that from a distance the tattoo was not a blur. Tattoos in areas of the feet also look nice and gentle, but this site is quite painful. Tattoo on the thigh make both men and women, but with age, the skin can become flabby - consider this. Much less exposed to changes in ROE, there is also quite a thick fat layer.

Despite the increased popularity of tattoos in the neck area, this place is still unusual. Especially a neck tattoo like girls - because the pattern can be hidden under long hair, and when the time is right, make an elegant knot and show the world your beautiful tattoo. On the neck are often stuffed with small lettering, quotes or drawings - a cross, a swallow heart.

Fashion for shaven heads has brought a new trend in the world of tattoos - drawings on the head. Getting a tattoo on the skull are quite painful, however, without a doubt, this masterpiece will attract everyone's attention.

One of the most extreme tattoos are images on the eyelids. It is very painful, expensive and fraught with serious complications. However, the number of those wishing to make an unusual tattoo grows. At the extreme, such a tattoo can be compared to a pattern language - like art prefer only the most notorious ekstremaly.
Is the advice useful?
See also
Присоединяйтесь к нам
New advices