What skills should a child in 3 months

The difference between 3-month old baby and a newborn is amazing. The baby is not so helpless as immediately after birth. His body became stronger, and on his face appeared very different, meaningful expression. The reaction of the child is also changed, became more Mature and controlled. 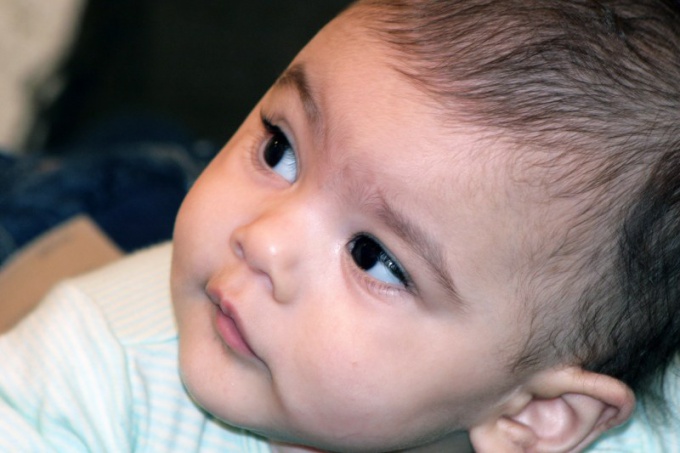 The physical skills of the child in 3 months

In this age, the child needs to manage his own hands, he makes meaningful and by a co-ordinated movement. The kid reaches out to interesting toys and objects, making a grasping motion. And it may yet he often misses than hits, in the end, the child can take the fact that he was interested in hands and hold to face. Most often, everything that falls into hands to the baby, he pulls right in the mouth.


The child is able to play with his hands, trying to clap. Physical development the children can independently roll from back to side or even tummy. Lying on her stomach, the child keeps the head, turning it in different directions and looked closely at the surroundings and watching adults. The child, lying on his stomach, on his elbows and lifts his chest.


Three-month baby can confidently hold her head upright for 5-6 minutes. He is interested in sounds and clearly captures the location of their source, turning in his direction. Some kids love listening to relaxing, pleasant music.
At this age children improve visual response. They are not just watching moving objects and people, but respond to feeding by opening his mouth when approaching the breast or bottle.

Periods of wakefulness are extended, the child may not sleep for 1.5-2 hours in a row.

Psychological development of the child in 3 months

To achieve 3 months, the child aktiviziruyutsya sense of smell, he recognizes familiar people visually, by voice and by smell. The manifestation of emotions at this age are becoming more diverse. The child smiles, laughs and COO, if he's good, but a reaction to the negative factors is the cry, but it is so varied, that parents are unable to understand exactly what it is called: hunger, pain, or just lack of attention.


Communication with the child becomes mutual. The child responds to adult speech addressed to him, uttering different sounds. Wherein the set of vowels and consonants that the child can say, to 3 months also expanding. The kid clearly separates individual sounds and can pronounce his first "Agoo".

The more parents talk to a child, turn to him, read poetry and sing songs, the better will be to develop speech skills of the kid.

In three months, children also begin to show symptoms of memory: know the feeding time, there are all family members. Especially actively the child responds on parents, trying to draw attention to himself, rejoices when it take on hands.
Is the advice useful?
See also
Подписывайтесь на наш канал