Many pickers admit that if they get great pleasure from Hiking in the woods and most mushroom hunting, cleaning mushrooms is not a very pleasant procedure. Some mushrooms wash and prepare for processing accounts for almost longer than collecting. In this respect, the white mushroom is a pleasant exception. 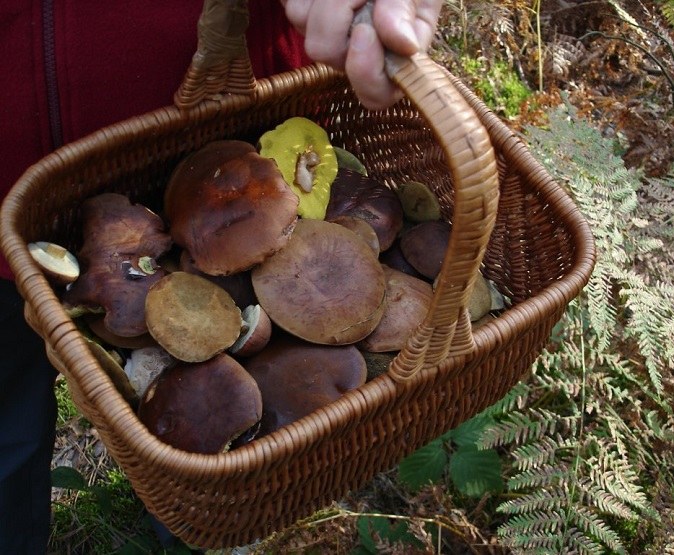 General rules for collecting mushrooms and preparing them for processing

A sense of excitement, familiar to every mushroom, does not allow you to lose a lot of time to sort of mushrooms in their collection. But still, try before sending each mushroom in a currant, to pre-clean it, this will save time during subsequent processing at home. Brush off or remove by hand the forest debris from a hat: needles, moss, small branches, leaves. If you see that part of the mushroom has already started to feast on worms, cut it off, so they did not continue to grind this mushroom while walking in the woods with a basket. If multiple moves done by these gluttons, and will remain, that's okay, upon further processing, all worms will be expelled. To sort the good from the bad mushrooms and their primary treatment you can and at rest.

The best way to fully preserve all the useful properties of the mushrooms – this is a cold pickling.

The white mushroom has its own characteristics, it is most often dried, salted or pickled, and thus in the food consumed together with a leg. Naturally, the mushrooms are intended for drying, it is better not to wash. Anyway, you need to soak the mushrooms in water – it only washes the of them nutrients. But the white fungus is good for the fact that, as a rule, it grows on dry Sunny areas, so the dirt on it is very rare, it only required thorough cleaning. A sharp small knife and cut from the legs contaminated, softened, or damaged areas, they also scrape off the debris that stuck to the cap. Mushrooms, designed for drying, cut into small pieces, approximately the same size so they all dry evenly.

When cutting, separate the cap from the legs, the legs cut into slices, and hats for four to six equal parts.

If you want to pickle or marinate mushrooms, after the dry cleaning they can be quickly washed in cold water, if necessary, using a soft toothbrush to clean the debris or dirt. Remember that mushrooms do not require pre-heat treatment: – put into a frying pan and fry.
Is the advice useful?
See also
Подписывайтесь на наш канал