Alena Vodonaeva is known as one of the most spectacular and popular member of the television show "House-2". After retiring from the project for quite some time, Alena was not lost, as some of the other "stars", and has starred in several films, had a baby and became a TV presenter. 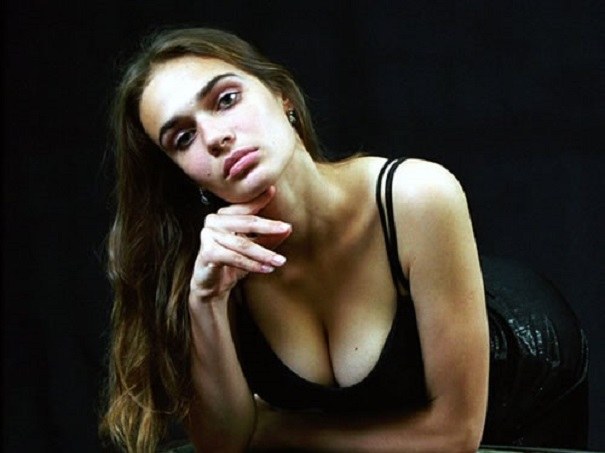 Alena was born in the city of Tyumen on 2 July 1982, where he received subsequently in journalism and even worked on the Tyumen television correspondent. In 2004 Vodonaeva has come as a simple participant in the then the just the beginning of the TV project "Dom-2", then the whole country had the opportunity to observe her passionate, painful but memorable romances with Stepan Menshikov and May Apricot.

A few years former member of the TV show married in the Gagarin registry office of Moscow businessman Arseniy Sharov, and in 2010 the long-awaited pregnancy. The couple gave birth to a son Bogdan.

Unfortunately, after three years of marriage beautiful and memorable, the couple filed for divorce.

Almost immediately after the departure of "House-2" Alena has recorded a joint with a group of kids track "Paper sky", but according to Vodonaevoy, career of the singer is not very attracted to her, as a long-standing addiction beauty was just TV and journalism.

Soon Alena was a presenter of the show Realiti Girl, which came out in the Internet, and led him, together with a known brawler Otar cusanelli. Unfortunately, they are unable to coexist in one project, resulting in Alena left the show.

The next step in building a career for presenter Alena Vodonaevoy was the author's transfer on the Internet channel Russia.ru where the star interviewed famous and influential in Russia representatives of the stronger sex. In parallel with this work she has led a popular online journal, which in 2009 became the third reading in Runet.

2010 year in the life of the then pregnant Alena was marked by only one striking work – the filming of "the Naked ten", aired on the TV channel Ren-TV. But in 2011, Alyona was headed by an interesting TV show "good night, guys", who she was together with the famous Anfisa Chekhova. After closing of your show and Alena went to the "Popular doctor" on the same channel.

In 2010, Alena managed also to record with Alexander Lominskiy the song "Heart vulnerable", which was subsequently filmed.

A real high point Vodonaevoy become "Vacation in Mexico-2", released on MTV Russia in 2012. What Alain was able to become a real "highlight" of the already interesting and exciting show about the life and love of beautiful young people.

Now the star is resting after a tiring and time-consuming participation in the "Dancing with the Stars" that played together with Evgeny papunaishvili. Periodically Alain also works as a photo model and is clothes at fashion shows.
Is the advice useful?
Присоединяйтесь к нам
New advices