What happened to Maya Abrikosov after leaving the "House-2"

All fans of the popular television show "Dom-2" with relish watching the life on the project romantic and eccentric May Abrikosov. This lovely tall young man won the hearts of many female viewers with his big eyes and beautiful smile, however, after his departure from "House-2" May suddenly disappeared from the TV screens. As has been his fate after the project? 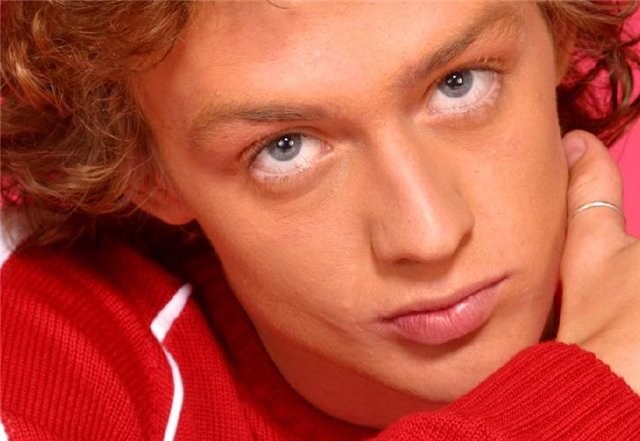 The first Voronezh resident Roman Tertychnyy, or May of Apricots has come to "the House-2" in 2004. To the casting, where they recruited young and interesting people for a new controversial project, the young man looked casually with friends. By filling in the questionnaire for the sake of entertainment, the novel was signed by the name "May Abrikosov and forgot about it immediately after leaving the room where the casting. However, the unusual young man remembered and invited to participate in the project. May Abrikosov childhood knew how talented and artistic boy who grew up and became a very ambitious teenager.

His first love for the "House-2" May began to build with the Sun – a serious and unsmiling girl, loving to play the guitar. However, their relationship did not last long after that Apricots had an affair with a very flamboyant Alena Vodonaevoy that is less suited to the role of the girl creative and spiritualized guy. As it turned out, they were United by the desire to find true love, some May, and Alena saw his parents. However, their own feelings, which originated from the friendship ended fairly quickly, and May have left the project due to disagreements with the leading "House-2".

Life after the show

Get a taste of popularity, May of Apricots has not returned to Voronezh, decided to conquer Moscow. One time a guy led the program of TV3 channel called "Secrets", but the guide channel has decided to replace the melancholic May more charismatic and temperamental Alexey Chumakov.

Apricot did not give up and continued attempts to return to TV, however, life in Moscow has required considerable Finance, as a result, the guy had to return to his native village Korotiak. The arrival of "House-2" May have prevented to finish the Voronezh Academy of arts, where he could get a decent profession and a diploma.

After the return from Moscow of Apricot, for a short period I lost my father and grandmother, which greatly affected the sensitive nature of a boy. Neighbors May tell you that he in recent years became very religious, since their failures Apricots accused of... witchcraft. The guy covered his house with icons and scribbled the fence crosses to protect themselves from the negative impact of detractors.

Now May occasionally writes articles for the magazine "Dom-2", but the guy is not particularly usual, so the former star of channel TNT leads a pretty modest life, laboring seasonal collection of vegetables and breeding chickens.
Is the advice useful?
See also
Присоединяйтесь к нам
New advices