How to determine the version of the xbox 360

Gaming system Xbox 360 manufacturer Microsoft is a worthy competitor to the gaming consoles of Nintendo and Sony PlayStation. It is possible to play with people around the world using the Internet. You can also use the console and as a multimedia-center: download to it music, movies and TV serials. To disassemble the xbox to find the version so you can not — you will lose the warranty. 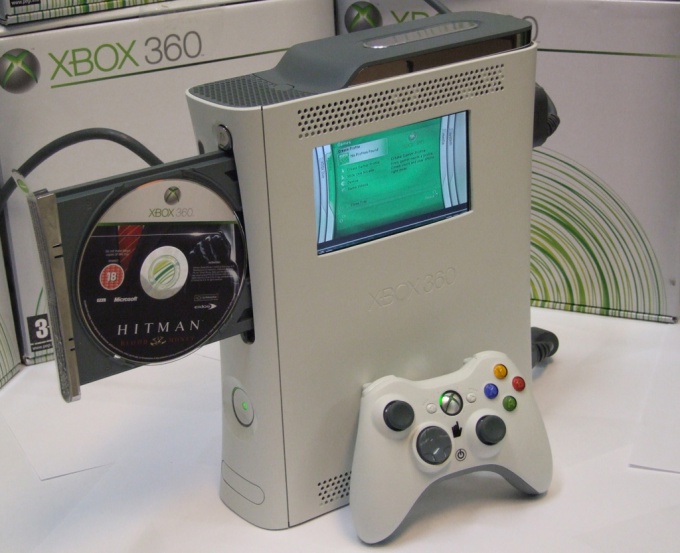 You will need
Instruction
1
Turn the console that side of himself, which has stickers with serial numbers and various bar codes. The same information can be found on the packaging of the game system, most often these stickers are placed by the manufacturer on the reverse side. Look on the label combination of numbers that corresponds to the LOT Number. The name of the parameter can be reduced to LOT NO. It should be a combination of four numbers and one "X" at the end. Carefully copy the characters on paper.
2
Find your combination in the following table. The first indicates the designation of the LOT Number after the hyphen is the version of the xbox.
11XXX — 0225.

104X — 9504.
Carefully browse through all of the data that is written on your device.
3
You can also check the version and serial number — Serial Number (the fourth digit from the end), given that figure 2 represents 9504, figure 3 — 0225, number 4 or 0 — 0500 Hitachi. Another option, more simple, offers you to look through the bars on the body of the consoles inside. If you see a yellow sticker version 0225, orange — version 9504.
4
In General we can say that to view a version of the xbox360 game console is not difficult, as all necessary information is displayed on the standard for special labels, which are assigned to all devices with different numbers. It is also worth noting that the Internet presents plenty of sites where people discuss this issue and lay out the screens with models of gaming consoles, as well as serial numbers. If you already the guarantee is not valid, it is possible to disassemble the console, and view all the necessary information inside. Usually this is on certain modules in the Board.
Is the advice useful?
Подписывайтесь на наш канал