How many movies about Harry Potter?

Movies Harry Potter shot on the books of British writer JK Rowling. Each of the books tells the story of one year in the life of Harry. But, despite the fact that books seven films about the young wizard – eight. 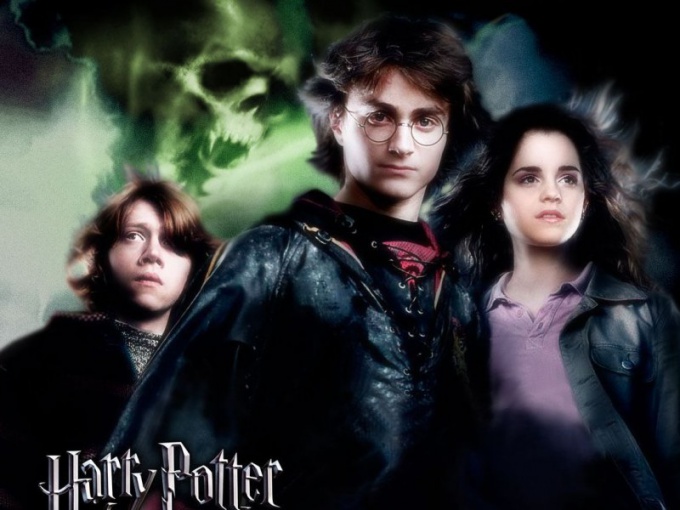 "Harry Potter and the philosopher's stone"

Parents of Harry Potter died ten years ago. And he lives with his uncle, aunt and cousin who do not really favor. But suddenly he finds out that actually he's a wizard and mom and dad were killed in a crash in a brutal fight with a powerful black magician Voldemort. Now he has to go to school of wizardry Hogwarts, where he first encounters the enemy. Voldemort exists as a spirit living in one of the teachers at the school. His goal – the philosopher's stone, able to return him to real life and give immortality.

The first book about the "boy who lived" was written in 1997, and the movie it cleared in 2001. By this time in the light of already published four books that have received great popularity around the world.


"Harry Potter and the chamber of secrets"

Every summer, Harry returns home to Burslem. He is looking forward to returning to school, where, however, he manages to get to work. It prevents the house-elf Dobby, because Harry Potter was in mortal danger. At Hogwarts to open the chamber of secrets. As a result, one after another fall into a stupor students-half. The room is able to access only the heir of Slytherin. With him and Harry will meet. Although he does not know that it is an image of Voldemort, a prisoner in his diary.

In the "Harry Potter" with each part not only increases voltage, but does not put children's problems. Fighting Voldemort for pure blood wizards and hatred towards the Mudbloods. ' similar to Hitler's ideas.

"Harry Potter and the prisoner of Azkaban"

Harry, Hermione and Ron face new challenges. Needs to execute inhabitant forest, Buckbeak, and godfather Harry was sentenced to the Dementors kiss. Challenge friends to fix it, because wizards have the ability to travel in time.

"Harry Potter and the goblet of fire"

In the fourth part of the Dark Lord returns – Voldemort acquires a real shape. This is due to the efforts of his minions, which involve fourteen-year-old Harry in the competition of the three wizards for high school students. Win Harry is only the result of an elaborate plan of Voldemort.

"Harry Potter and the order of the Phoenix"

This is one of the darkest parts of Harry Potter. Hogwarts has become a dark place, where the Director now is Dolores Umbridge. This means that the school is now completely in the hands of the Ministry, where the masks of workers are hiding death eaters, and the Minister of magic does not believe that the Dark Lord has returned, and is doing nothing.

"Harry Potter and the half-blood Prince"

Not the last place in the history of the Potter is Severus Snape, teacher of potions. He had always loved Lily Potter, mother of Harry. But his attitude towards the boy were ambiguous. Suddenly, Harry finds out that Snow is the half-blood Prince, and most importantly, he is a death eater.

"Harry Potter and the deathly Hallows"

In the second part of Harry, Hermione and Ron figure out how many Horcruxes hidden parts of the soul of the Dark Lord, and destroy them one by one.
Is the advice useful?
Подписывайтесь на наш канал