At what temperature water boils in the mountains

Boiling water is one of frequent daily routine. However, in mountainous areas, this process has its own characteristics. In different height above sea level the boiling point of water is at different temperatures. 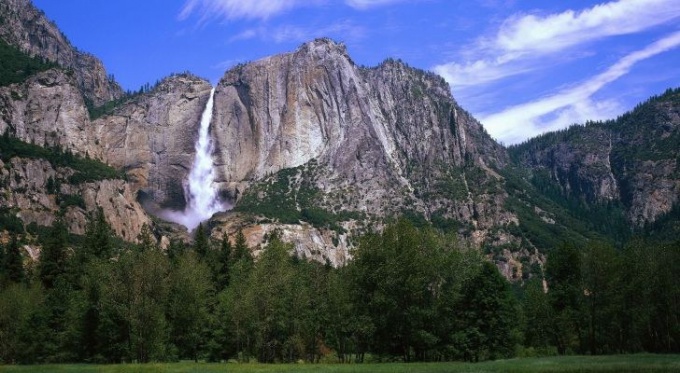 As the boiling point of water depends on atmospheric pressure

Boiling water is characterized by pronounced outward signs: the bubbling liquid, the formation of small bubbles inside the pot and the rising steam. When heated, the water molecules gain additional energy from the heat source. They become more mobile and begin to vibrate.

Ultimately, the fluid reaches a temperature at which the vessel walls are formed vapor bubbles. This temperature is called the boiling point. Once the water begins to boil, the temperature does not change until all the liquid turns into a gas.

The boiling point of water also depends on its purity. Water which contains impurities (salt, sugar) boils at a higher temperature than pure.

Features boil water in the mountains

Air atmosphere exerts pressure on all objects on earth. At sea level it is the same everywhere and equal to 1 ATM. or 760 mm Hg. article This is the normal atmospheric pressure, water boils at 100 ° C. The vapor pressure at this temperature of water is also equal to 760 mm Hg. article

The higher above sea level, the air becomes more rarefied. In the mountains its density and pressure decrease. Due to the reduction of external pressure on the water requires less energy to break the bond. This means less heat and the water boils at a lower temperature.

With every kilometer of altitude the water boils at a temperature that is less than the original to 3.3 ° C (or about minus 1 degree for every 300 meters). At a height of 3 km above sea level atmospheric pressure is about 526 mm Hg. tbsp. Water boils when the vapor pressure is equal to atmospheric, namely 526 mm Hg. article This condition is achieved at a temperature of 90oC. At a height of 6 km the pressure is less than normal by about two times, and a boiling point of about 80oC.

On the summit of Everest, with a height of 8848 m, the water boils at a temperature of about 72оС.

In the mountains at an altitude of 600 m, where water boils at 98оС, understanding the boiling process is especially important when cooking. Some products can be brought to readiness, increasing the cooking time. However, for products requiring good thermal processing and time for cooking, it is best to use a pressure cooker.
Is the advice useful?
See also
Подписывайтесь на наш канал