How to know the water temperature

Today to know the temperature of water, in General, it is easy. Became possible quite a long time, around the beginning of the 18th century - just at the time it was invented the temperature scale. But even the ancients were able not just to distinguish hot water from cold, but with an accuracy of a degree to determine the temperature. 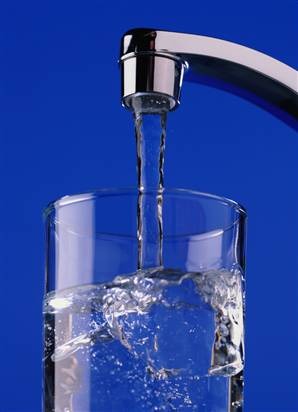 Related articles:
Instruction
1
The first instrument for measuring temperature was invented in the 16th century by Galileo and it was called a thermoscope. The instrument used was the property of gas to change its volume when heated and cooled, however, the testimony of such a device was fairly inaccurate and is not expressed, alas, in numerical form.
2
Had to think on the improvement of the device. Here and invented the temperature scale. However, a temperature scale, scientists did not come immediately, she appeared only in 1927 and is still further improved.
3
Today we use to measure the water temperature scale, which was adopted in 1990. But she has a different unit of measurement is the familiar degree Celsius (C) and degrees Fahrenheit (F used in the United States and England) and Kelvin (K), named for the names of the scientists who worked on the creation of the scale.
4
The difference in scales is reflected in the fact that zero they have taken different temperatures. As you well know, in the Celsius scale 0° is adopted, the temperature of the freezing point of water and 100° C corresponds to the boiling point of the same water.
5
But for the Kelvin scale for the reference point adopted a much lower temperature – absolute zero, i.e. the lowest temperature for the physical body. Quite different is the case with the scale of Fahrenheit - here 0° is adopted, the temperature at which the melted mixture of snow and liquid ammonia, and 100° is adopted, the temperature of the human body.
6
To summarize. From the foregoing, it is clear that to measure the water temperature using the thermometer (the thermometer).
7
However, there are cases when even with the help of this easy to operate device can not determine the temperature. It happens when you "here" and water "out there", far away and to her "get" the thermometer is practically impossible, but very necessary.
8
In this case, try to construct a device for measuring the temperature of the water yourself. For example, you need to know the temperature of the water in the garden shower.
9
Take the metal canister small volume (0.5 l) and attach to it a hermetically sealed, thin tube of elastic material, but the best metal. To the free end of the tube attach one "U"-shaped glass.
10
At the moment when the soul is in the tank the cold water, pour into a tube slightly colored water (add a few drops of machine oil to the "blockage" of water in the tube), then pridruzite spray ballast (not surfaced).
11
When the temperature of the water in the tank the liquid will be heated with canned air displaced from the tube and set at a certain level. Programmiruya scale, and you can easily find out the temperature of the water in the barrel soul.
Is the advice useful?
See also
Присоединяйтесь к нам
New advices