Who sold Alaska to America?

Hard to believe that even in the middle of the XIX century, the Russian Empire consisted of territory from Eastern Poland to the American continent. However, not all of the territorial acquisitions have become an integral part of the country. Example is Alaska, which was sold to the United States. 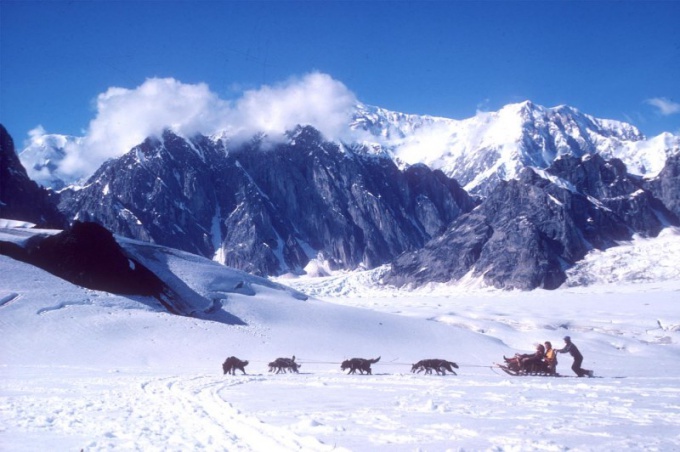 History of Russian Alaska and the reasons for its sale

In the XVIII century Russian travelers and researchers began to actively explore the Eastern lands of the Empire. Followed by research of Chukotka was crossed by the modern Bering Strait, which was opened Alaska - the North-Western part of the North American continent. This happened in 1732. As the Russian team became the first group of Europeans came to this land, the opportunity to secure it for themselves.

Development of Alaska was difficult and slow. Under Catherine II on the site appeared the first Russian settlements, such as the city of Kodiak, one of Alaska until now. Since the end of XVIII century, when Paul I, was created by the state of the Russian American company for a more successful settlement and economic development of territories. This organization was largely similar to the British East India company, led the development of India.


Although some Russian settlements in Alaska were preserved, a large part of citizens of the Russian Empire left the territory after its annexation to the United States.

Problems in joining Alaska to Russia became especially apparent during the Crimean war. At this time it became obvious organizational and technical problems of the Russian army. But if the southern borders to defend has been able to compete with the British Empire on the American continent seemed doubtful. Indeed, in the era of the TRANS-Siberian railway did not exist even in draft form, which impeded the rapid transfer of troops to the East.

Another reason had to sell Alaska was the abundance of undeveloped land directly on Russian territory. Therefore, the investment of resources in the American continent seemed risky and impractical.

The transfer of Alaska to the United States

Directly carried out the project the sale of Alaska already Alexander II. The land it was decided to offer the United States, not British colonies Canada, so as not to increase the influence of the British Empire in the region. Negotiations began in 1867 after the American Civil war. They walked very quickly, and October 18, Alaska came into the possession of the Americans. The Russian Empire has received over 1.5 million sq km more than 7 million dollars in gold. Based on these numbers you can calculate how much cost sq km - about 5 dollars at the exchange rate at the time.

50 years before the purchase of Alaska the United States was involved in a similar deal, which they purchased from the French Louisiana.

The feasibility of the sale of Alaska were long disputes, especially when this territory was discovered large reserves of gold. Note, however, that at the time described the Russian Empire had neither money nor human resources for the development of this vast territory. There was a high risk that in the event of a military conflict with Britain that the territory would be free.
Is the advice useful?
Присоединяйтесь к нам
New advices