Where to recycle old TVs

Legislation of the Russian Federation, do not dispose of obsolete TVs and other appliances to the dump. Although the majority of our citizens still leave on dumping their old TVs, not caring about the consequences. Where to take old TVs? 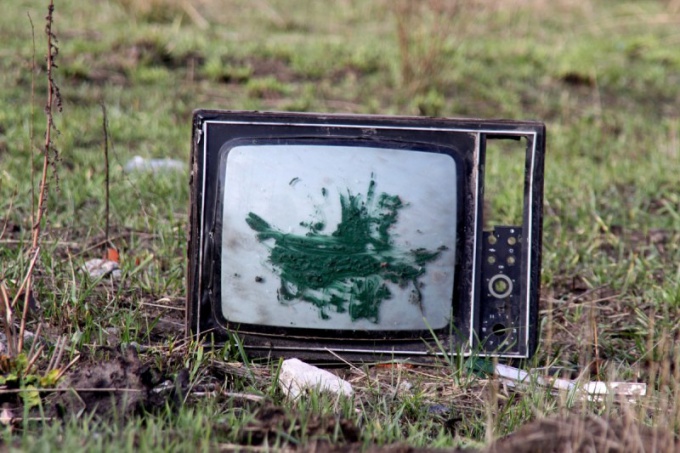 Related articles:
Instruction
1
Despite the fact that the removal of appliances in a landfill permitted by law, this method is still the only one for a majority of people in Russia. But people don't think about the fact that the technique does not decompose, rot, or that they cause environmental harm. But there are other options where to take your old iron, a TV or anything like that, and the options more successful and even profitable.
2
If you bought a new TV to replace the old who has not yet served its purpose, can take him to the country, if you have any, of course. There is your old TV will serve many more years. If no garden, often it is enough just to send out a call for friends and acquaintances. Surely someone there who will take your TV for a gift, freeing you from having to puzzle over where to take it.
3
Give your TV for recycling. There are special areas for bulky wastes, which is passed to the company processing it. There are also firms on various equipment spare parts. Is this method a significant disadvantage – such firms and platforms for garbage not in each city will meet, not to mention the villages and towns.
4
You can give your TV that you no longer need, since you bought a replacement in good hands. The easiest way to place an ad in the newspaper or on the Internet under "Sell" or "Give" or look for the announcement of the purchase of the old TV. Thus, you can get for your TV a little money, but buyers sometimes have to look for long.
5
Another option is to take your television in the framework of the action, which from time to time are held by home appliance stores. If the new TV you have not bought, but plan to, return to the store within the stock your old TV and you can get a discount on your next purchase. These activities are carried out in large retail chains, such as "M-Video" and "Eldorado".
Is the advice useful?
See also
Присоединяйтесь к нам
New advices