How to install a graphics card in the laptop

Replacement graphics can be carried out both in computers and laptops. Some models of laptop are supported by installing an external graphics card, allowing users to produce improvement or repair of equipment. It is worth noting that not all devices support changing video cards. 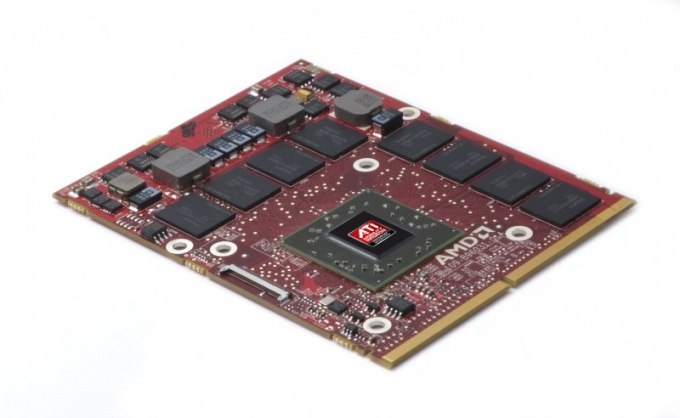 Related articles:
You will need
Instruction
1
Laptops that have the ability to replace the video card, equipped with a MXM connector. The presence of this slot suggests that the device has a discrete graphics card from a third party that is not soldered to the motherboard. If your laptop is present only integrated graphics card that Intel for example, the replacement procedure is not possible, because such adapters are built into the mboard and cannot be removed without special equipment.
2
Turn off the laptop and disconnect it from the electrical outlet. Remove the battery from the back of the device with the aid of special valves in the housing. Remove the screws that hold the main cover, using a screwdriver.
3
Under the hood is all the hardware installed on the computer. It is worth noting that on some models the housing is made of special section to replace the graphics card. Therefore, before removing the cover, carefully review the case for the presence of removable parts, and separate blocks.
4
To remove the graphics card, you'll need to dismantle the cooler that is mounted to the top of the graphics chip. Unscrew the fastening screws, and then remove the power connector from the slot on the motherboard. Then remove the thermal pad that is also fixed by screws, and set them aside. To remove the device as needed being careful not to damage the fragile graphics chip.
5
Remove the MXM card, removing the remaining bolts. Then carefully lift the card and pull it from the slot. Remove the thermal cover from the old card and attach it to the new adapter in the same way. This must be done so that the location of the thermal pad of the casing coincides with the position of the memory blocks.
6
Install the new graphics card into the slot and apply on the GPU thin layer of thermal paste, and then screw the card and install the cooling system of the laptop. It should be noted that thermal grease should be evenly cover the entire chip.
7
Install thermal pads and attach the cooler. Assemble the back plastic part of the laptop and install the cover. After that you can start the laptop to check the results. GPU-installation completed.
Is the advice useful?
See also
Подписывайтесь на наш канал