As they filmed "king Kong"

Since the release of the first "king Kong" in 1933, no other remake could not repeat his success. However, the latest film version of the blockbuster film, released in 2005, was considered to be the best version of the story about the huge monkey, mostly because of the special effects involved in the film. 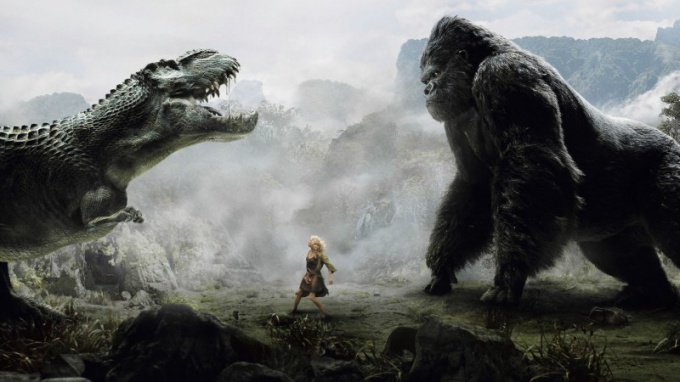 Related articles:
Instruction
1
The movie "king Kong" was filmed in 2003-2005 Director Peter Jackson. Thus, he embodies childhood dream to re-shoot and make more vivid the acclaimed black-and-white film of the same name, released on the big screen more than 70 years ago. The picture is together with the international fees, collected more than five hundred million us dollars.
2
The first work on the film in 2003, the year began with a sculptural direction. Well-known sculptors worked on the model of the face of the protagonist of the movie – king Kong, the huge monkey. The basis of the animal's body formed the skeleton on which was sewn a special system muskulaturnoy.
3
The cover body gorilla incredible size has created millions of artificial hairs. The hair moved in the process of shooting it to the experts-deformers which could help the special.devices to change the shape of each bunch of hair on the body of a gorilla.
4
In the work on "reviving" a huge doll Peter Jackson helped the actor Andy Serkis, who played Gollum in "the Lord of the Rings." Such work, the actor already was, had to take a few lessons in the London zoo, where he observed the movements of the gorillas and copied them. 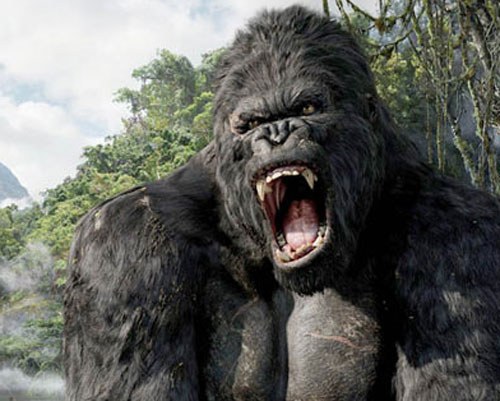 5
All future movements of gorillas were recorded in the pavilion where the perimeter there were a lot of camera. Were captured and recorded by cameras of the motion of the face, body, feet, hands of the actor. As a result of computer processing of the records, a huge doll was successfully animated.
6
In many shots with a gorilla, you may notice many additional digital items that have been added by animators and artists paintings. Like a splash of water, earth flying from under the clutches of Kong, vegetation, urban shots "pererisovyvali" houses, cars, ships.
7
As we know from special effects not only Kong was in the frames of the new film, also a Studio Director prepared a variety of the inhabitants adjacent to the frame with the heroes of the film, over fifty separate "pieces" of the island, created at a scale of 1 to 10, so you can more detail to show a picture.
8
Old ship 1956, the year of production was restored specifically for the shooting of the film. For single frames were used models of the vessel to the Director it easier to remove some points during a strong pitching.
9
Not to mention the famous computer program Massive, which helped to remove the mass frames. Thanks to her, the number of people (e.g. theatre) in the frame could be increased from 300 to 2200 real thousand.
Note
Famous new version of "king Kong" because of the use of new computer technologies and a huge number of prepared models was the most expensive cost in the world of cinema in the period of 2005 year.
Is the advice useful?
See also
Подписывайтесь на наш канал