How to catch a White sea

The white sea is one of the few that wash Russia. It is the Northern inland sea, located in the European part of the country belongs to the Arctic ocean. Based on the area (90 square metres), the sea is one of the smallest, which is the RF output. The distinctive trait is the low salinity. 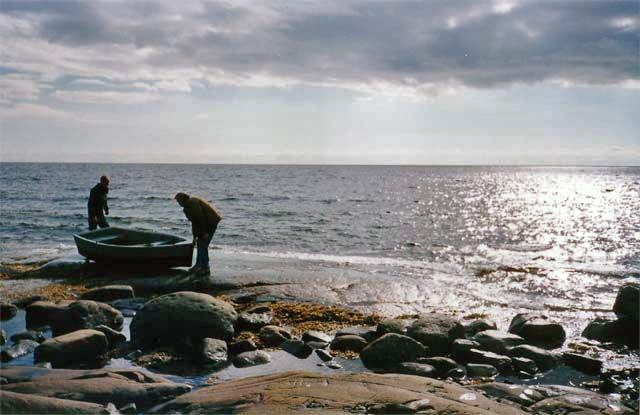 Related articles:
You will need
Instruction
1
The flora and fauna of the White sea is diverse, but to call it a relatively rich difficult. For example, if we consider the nearby sea, the Barents sea, which in turn is derived from the flora and fauna of the White sea, it is obvious that it is richer. The fauna here is unique. In the Northern part of the sea a lot of harp seals, ringed seals and Beluga whales. This applies to mammals. Among fish, the main fishing demand such as herring, salmon, haddock, smelt, cod, flounder, and many others. The last time Providence is famous for Pollock, which is differently called polar tresckow.
2
Despite the fact that the White sea fairly rough, the fishing here is almost all year round. Popular Solovetsky Islands. Mainly fish in the huge bays, and mostly with boats and yachts. Fishing from the shore, as a rule, not made, but, nevertheless, there is often catch a leaping salmon when he goes to spawn.
3
The most popular for fishermen enjoys cod, and, perhaps, the most valuable fish in these areas – salmon. Cod are mainly caught in areas with changes in bottom topography, typically where the shore ends, for example, rocks. Fishing is conducted with a very sturdy rod and two hooks. Tackle, choose a strong, bottom, hook it, take the number six and the long forend. A worm is not fishing mainly live bait or jig weighing 10 grams. Very often together with cod catches catfish, a little less – haddock.
4
Winter fishing in the White sea ice no less popular a normal. Winter fishermen great catch herring, using the winter short rods or specialty rods with fishing line 0.5 mm strong coil. Nozzle - herring spinner 6-9 crochet.
5
In Kandalaksha Bay, you can see the fishing shark on hook, but without local guide for the beginner to catch anything almost impossible.
Note
In the White sea fauna is dominated by Arctic species. The vegetation represents 194 species of algae, the most common are Zostera, laminaria, etc., they manifest themselves in the lower layer at depths of 45-150 meters. Where there are rocky areas, and there are red algae such as ahnfeltia concinna. On soft soils are mainly live sea stars, various mollusks, polychaetes, as a rule, cold-form.
Useful advice
Surface waters of the sea warmed up rarely, but once this happens, the sea is covered with jellyfish. They are big, with a dome of up to one meter in diameter, looks very beautiful and give the impression that the sea blooms. Other relatively smaller, but still prettier than the last one and remind yourself of the inflorescence of plants.
Is the advice useful?
See also
Подписывайтесь на наш канал