What fish are found in the White sea

The white sea is a small sea of the mainland, the warmest in the basin of the Arctic ocean because its waters are not included in the area of the Arctic circle. Located South of the others and deep into the land, it gets warm in the summer, to an average of +19 ° Celsius. 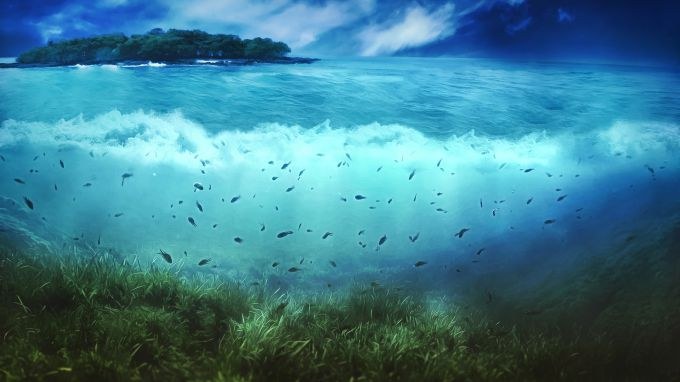 Related articles:
Instruction
1
The white sea is relatively warm, but due to the distance from the ocean the diversity of its flora and fauna is markedly inferior to its neighbor to the North is the Barents sea, with which it is connected by the Straits of the Throat. White sea water area is formed by several bays and lips, each with its own name.
2
A large number of rivers flowing into the White sea (Onega, Kem', Severnaya Dvina, Mezen, full, etc.), contributes to the freshening of the upper water layer compared to the deep sea. But due to the fact that in the Central part of the sea is a deep basin (over 300 m), surrounded by small depths from the Barents sea (80 m), deep water not affected by water exchange, which occurs between the seas-the neighbours twice a day, and retain its saltiness. Due to this, in the lower layers stored in huge stocks of bottom animals zooplankton.
3
In the White sea is about 68 species of fish, 56 of them are marine, the remaining anadromous or catadromous. They live mostly at depth of 20-30 m, where a lot of food. When the temperature of the upper layers reaches +150C, in the white sea water passing the Norwegian and Barents sea, on the feeding and spawning of the Atlantic comes a lot of heat-loving fish: salmon, Northern cod, haddock, and cod. They are also migrating mackerel, plaice, Atlantic herring, catfish common (similar to white sea catfish striped), brown trout. Frequenters of shallow water are: pinagor, gerbil, maslaki and baldyga, gobies, skorpena, Klyuchi, carcaci, capelin, sea perch, whitefish and smelt.
4
Pacific herring was one of the first commercial fish species. Polar cod and navaga come in the White sea in winter to spawn, which makes for the Barents sea. Smelt is a catadromous fish that spawns and overwinters in rivers. Whitefish is a valuable commercial fish is found everywhere near the sea shore and in the estuaries of rivers. Catfish, cod and haddock demersal marine fish, avoiding desalination.
5
Polar cod, saithe and cod – cod representatives – also winter in marine waters. Found two species of flatfish: one comes from the Barents sea to feed (marine flounder, American plaice), and the other lives in the White sea all the time (Arctic flounder, river and ershovite).
6
To the permanent inhabitants of the White sea are omnipresent Katran and polar shark, a secretive inhabitant of the depths. Both are not dangerous to humans. A rare but aggressive person can be a porbeagle, swimming away from the Barents sea.
Is the advice useful?
See also
Присоединяйтесь к нам
New advices