How to bring a hornet's nest

Wasp family that built its nest in the neighbourhood of human habitation, is the most notorious gun, which one must shoot. After all, to provoke the OS to aggression can any careless movement. So the sooner the intruders are driven away, the better for you and your family. 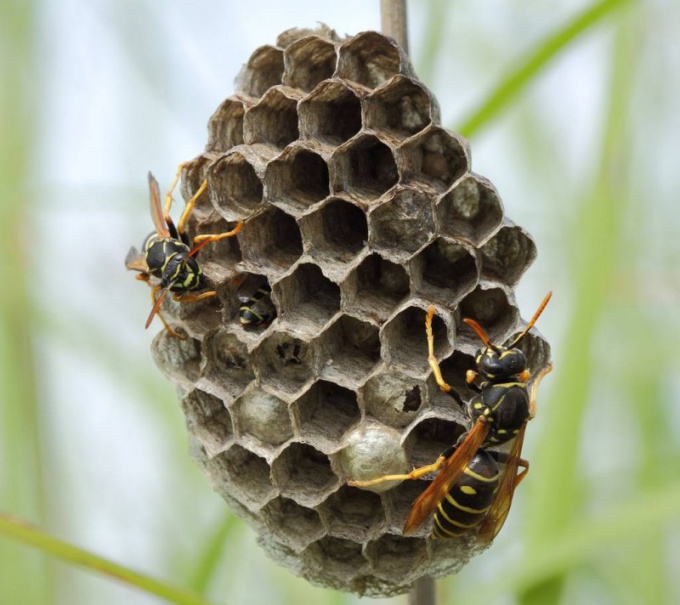 Related articles:
You will need
Instruction
1
Try to find a hornet's nest still in the early stages of its construction, when it is still quite small - not larger than a walnut. In this period when wasps have just started and have not had time to settle at the new place, get rid of the nest quite simple. If you miss the moment and let it grow, then the task is much more difficult.
2
For getting rid of a small wasp nests, use plain water. Type it in the bucket, put it under the nest, and then quickly shoot down a hornet's home so that it landed in the water. Then you need to tightly cover the bucket with a lid - the sooner the better. The effectiveness of this method can be increased if the water pre-boil to wasps were killed immediately after he found himself in the bucket.
3
For the destruction of large wasp nests, use insect spray is a reliable tool in the fight against most insects. This substance you need to complete all the levels of the nest to get it to each of its inhabitants. One bottle of dichlorvos is usually enough to bring even the largest dwelling of striped pests. The main advantage of this method is that it can be used to bring a hornet's nest built even in the remote place.
4
Follow all procedures to fight with the wasps after sunset. By this time, the insects will have time to return to your home, and you deal at once with the nest and its inhabitants. Otherwise, wasps, returning to abitau the place and not finding their home, can start building new, and the fight against uninvited guests will have to start over.
Is the advice useful?
See also
Присоединяйтесь к нам
New advices