What animals live in the forest

We all know that the life of the forest is the breath of our planet. He clears the air and saturates it with oxygen. Even the familiar woods is full of amazing mysteries. Despite the alluring peace and quiet, it has the life. The forest is inhabited by many animals, birds and insects. To see it, just look around. 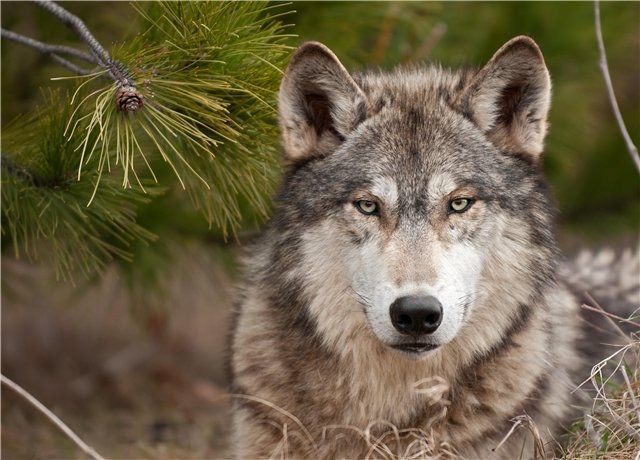 Related articles:
Instruction
1
In mixed and deciduous forests it is possible to meet ordinary hedgehog. It is a small animal with short legs, covered in needles with wool. As a rule, occurs in Europe and the far East. The animal leads a pretty boring life: sleeping during the day and night to earn their food - earthworms, beetles, birds. Hedgehogs are very useful in forestry and agriculture, because destroy harmful insects and mice.
2
The Fox lives in woods in most parts of Asia and North America. Considered a carnivore of medium size. She has a warm coat and fluffy tail. Redheaded beauty prefers the edge of mixed forest, the banks of forest rivers and lakes. Loves to feast on mice, rabbits, fruits and berries. Fox is a useful animal to exterminate rodents, which damage the crops.
3
In steppe zones, and even in the desert you can see the wolf. This is a fairly large animal with very strong legs, its fur rough, but thick. It is widely distributed in Russia, successfully hunts for wild ungulates (wild boar, elk), as well as for Pets. Eats rabbits, birds and carrion. In nature the wolf – the animal Wellness centre of the population. Serves as a filter of forest, destroying sick and weak individuals.
4
Protein can be found in the taiga, mixed and deciduous forests. This very active animal with a bushy tail and thick fur is popular throughout Russia, but you can see it in the Crimea, and even in the Caucasus. Squirrel eats seeds from cones, pine nuts, berries and mushrooms. In addition, ruining bird nests, eating eggs and Chicks. Protein is a valuable fur-bearing animal.
5
Sika deer – a very large animal that lives in deciduous forests. His tail is long, and the horns have up to four tentacles, body hair coarse and brittle. The deer lives mostly in the Primorsky Krai, feeds on leaves of trees and shrubs, acorns and of course herbaceous plants. Also likes to eat dried leaves and buds. Deer hunting is prohibited, as are animal listed in the Red book.
6
Badger – active predator living in mixed forests. The torso in the animal, the massive, short legs, and coarse fur. Badgers live throughout Europe. The day usually sitting in the hole with numerous outlets, eating both vegetable and animal food. But also eat berries, nuts, catch frogs and mice. Promyslovy beast is not only valued for fur and meat and fat.
7
The tiger is considered the largest land predator. His body is flexible with a long tail, very well developed canines. It is found in the far East, mainly inhabits mountain taiga and mixed forests. Silent moves, jumping on the mountains and swimming. It feeds on small animals and birds but their main prey is wild boar. Not averse to eat and plant foods: nuts, herbs and fruits. The tiger is a rare animal listed in the Red book.
Is the advice useful?
Подписывайтесь на наш канал