Where to take a foreigner in Moscow

Moscow – a metropolis that never ceases to amaze with its abundance of interesting places. However, when come to friends from other countries, there are primitive questions that puzzle: "where to take?", "what show?" and "something to brag about?" Make up before meeting a small list of great ideas that will help you to make an impression on the foreigner in Moscow. 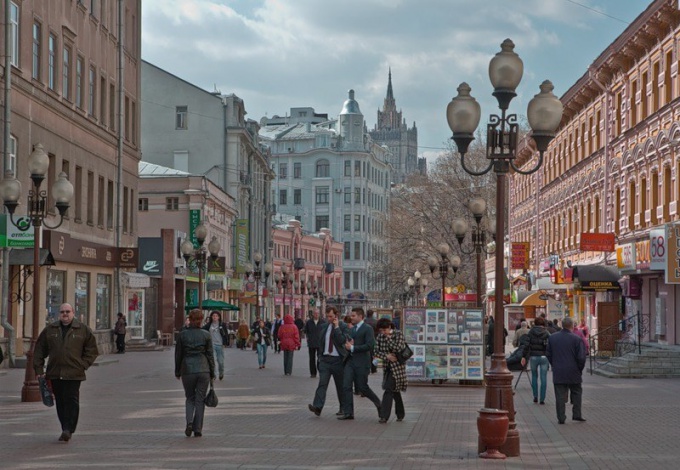 Related articles:
Instruction
1
The easiest option is to go with a foreigner on the tour offered to visit the Red square, Mausoleum, the Kremlin, Old Arbat street, Tretyakov gallery, Bolshoi theatre, Novodevichy convent, Sparrow hills, etc. If you think it's not too original and interesting, start with a Hiking through the ancient streets of Moscow.
2
At the intersection between Passionate Boulevard and Petrovka, you will see the monument to the famous singer Vladimir Vysotsky, whose music will certainly appeal to any foreigner. The Hermitage garden will give a lot of impressions for fans of ice skating. Further, from Kuznetsky most to Lubyanka, and from the Lubyanka, Teatralny proyezd, you will get to the red square. The eternal flame you will be able to enjoy the ceremonial replacement of the guard. If the option with the red square is not for you, lub you get to one of the oldest historical districts of Moscow – Kitay-Gorod. On the road you can admire the Clean ponds.
3
Before reaching the Garden ring, turn left, walking along the street Ostozhenka, and you will reach the Park of culture. Nearby are such legendary places as the Crimean bridge, the Neskuchny garden and the Park. Gorky. Near Neskuchny garden is a magnificent observation deck and the main building of Moscow state University. If you find yourself near the Crimean shaft, should definitely visit the sculpture Park and the Tretyakov gallery. You can also admire the embankments along the Moscow river.
4
Do not forget about culture. In the case that the foreigner does not Harbor strong feelings for the ballet and Opera, you can offer him instead of the Bolshoi theatre to attend the Moscow Conservatory. To plunge into the atmosphere of spiritual music will help the Roman Catholic Cathedral of the immaculate conception of the blessed virgin Mary (m. Barrikadnaya) or the Cathedral of the Kazan icon of the Mother of God on red square. And, of course, be sure to show the alien underground. This is one of the most magnificent and beautiful places that will leave unforgettable impression of your trip to Russia!
Is the advice useful?
See also
Подписывайтесь на наш канал