Where to go in the output with the child in Moscow

In warm time of the year and under favourable weather walks Muscovites usually go outside the city, where you can picnic, barbecue, get some fresh air and walk barefoot on the grass. Especially this type of weekend shows for families with children, for whom the Moscow ecology, of course, was already familiar, but will never be useful. 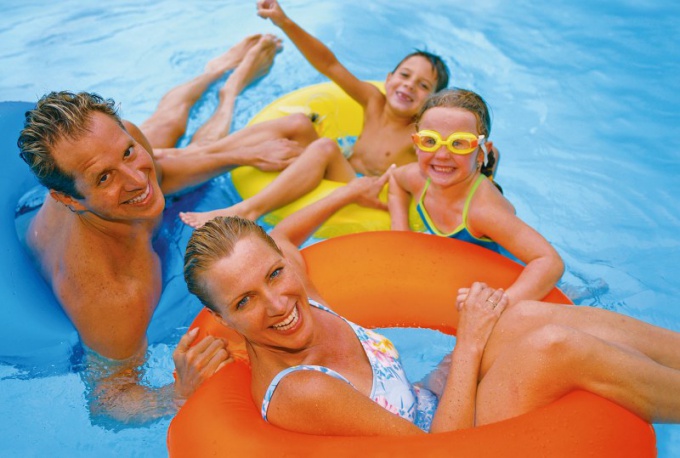 In that case, if a longer trip in the area for you tedious or not your own car, head to the city's many parks, estates and small woodland planting. Most parks have seriously updated for the last time. For example, Gorky Park, which has fundamentally changed the restructuring plan of the Moscow authorities, as well as estates of Kuzminki, Tsaritsyno, Kolomenskoye and others.
2
Ride the rides, have a picnic outdoors, ride bikes or roller-skates, which often can be rented for a fairly reasonable price. Bring a soccer ball or tennis rackets – the children will enjoy physical activity and time to spend with their parents.
3
Water parks

Few of the inhabitants of Moscow are now brave enough to swim in the capital's reservoirs are increasingly preferring to go out of town or even for 100-150 kilometers from the city towards the Volga. For such people and their children a great solution would be a visit to the water Park. Currently in Moscow operates several of these water centers "Moreon" in Yasenevo, "Caribou" Say "young life" Altufevo, "Fantasy" Marino, "kVA-KVA Park" in Mytishchi and other water parks.
4
Movies and performances

The film industry in Russia is increasingly produces its own and is showing foreign cartoons, to see which will be interesting for both children and adults. From these films will get pleasure the whole family: you can rest from the kids that will be busy watching, besides themselves will laugh your head off.
5
Children's performances are held weekly in the capital Moscow art theatre them. A. P. Chekhov (the famous production of "Horse-Gorbunok"), the Moscow international house of music ("the adventures of Oliver Twist"), Moscow puppet theatre ("Game Doodle"), which play a famous and well-known actors. These ideas can easily capture the attention of young viewers.
6
Zoos and aquarium

Familiarity with the animal world can be interested in almost all children. For example, at ENEA operates a small, but already quite famous zoo "grandmother Lived", which you won't find elephants or giraffes, but you can see domestic conditions familiar to the Russian way of life of animals. But you can not be original, but to go to the usual zoo at the barricade where you wonder will organize 3-4 hours of output time.
7
And finally, the most popular in Moscow over the past year, the new aquarium on Dmitrovskoye highway. Exotic fish, rays, sharks and other marine animals in as close to natural habitat conditions. But the aquarium there is one fat minus – tickets are quite expensive, and the queue is not getting shorter, even a year after opening.
Is the advice useful?
See also
Подписывайтесь на наш канал