Where to go in Pyatigorsk

Pyatigorsk is one of the oldest and most famous Spa resorts in Russia. Since ancient times the underground springs and mud attracted in need of healing. In 1830, the Cabinet of Ministers of Nicholas I approved the General plan of the city, bringing the sick and the afflicted from all parts of the Russian Empire. 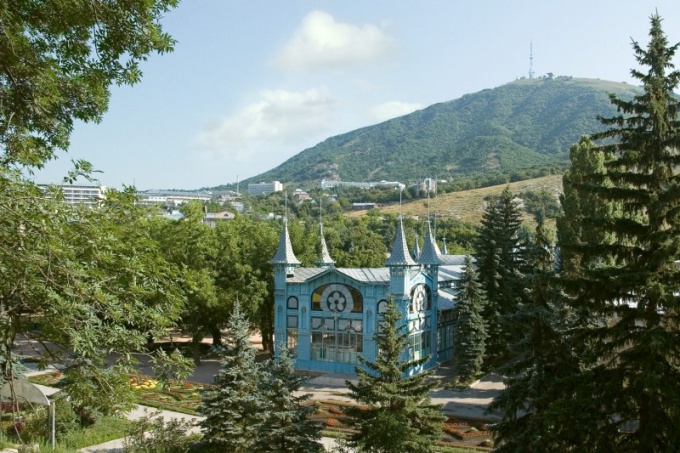 Related articles:
Instruction
1
The city is surrounded by picturesque mountains. Its streets are adorned with numerous parks and gardens. The oldest Park "Flower garden" is a peer of Pyatigorsk. It has on-site wetlands, formed by the waters flowing from mountain springs. This Park is arranged in a grotto, dedicated to the first ascent of the Russian military expedition. Later, the grotto was named after the Roman goddess of the moon and of hunting – Diana. It is an elegant building, decorated with Doric columns, has become an indispensable point of all tourist routes. Opposite the Park is a Museum, which presents exhibitions on the history of Pyatigorsk and its environs. Get to the Park by trams №№ 1 and 5.
2
With Pyatigorsk is closely connected with the fate of the great Russian poet Mikhail Lermontov. Here he spent the last months of his life, here he wrote his best prose work "a Hero of our time" and many poems. A small modest house with a thatched roof, where Mikhail lived the last 2 months and where he, fatally wounded, was taken after the duel, in 1912, became a Museum of the poet. To reach the Museum from the train station you can take any tram to the stop "Flower garden".
3
In the city rises the mountain of Mashuk. On its southern slope is the famous underground lake Proval, filled with mineral water containing hydrogen sulfide. To enjoy this attraction went not only the heroes of the novel "Hero of our time". It was here that Bender pulled one of his scams – he started to collect money from tourists for the pleasure to look at the natural landmark. The cave entrance is decorated with a statue of the great schemer.
4
Hot spring, originating in the Failure, formed several natural baths on the rocky ledges of the mountain. Here you can swim in warm mineral water, faintly gray. To reach Failure is easy walk from the Park "Flower garden".
5
In the North-Western slope of the Mashuk mountain is the alleged place of duel of Lermontov and Martynov. There is a monument dedicated to the sorrowful event. To get to the meadow, where he received a mortal wound the poet, Kalinin Avenue, turning onto the adjacent road, marked by stone pylons.
6
On top of one of the spurs of the mountain in 1831 built the famous pavilion "Aeolian harp". Once it was installed, a musical instrument, the Aeolian harp – a wooden box with strings, which ranged under the action of wind. Now listen to the music of the winds will fail – in the pavilion sounds in electronic music. However, the views of Pyatigorsk and its environs from the height of the Mikhailovsky spur of the worth to go up there.
Is the advice useful?
See also
Присоединяйтесь к нам
New advices