How to determine where North and where South without a compass

A situation in which it is necessary to determine the direction of the North and South poles, in everyday life are extremely rare. However, to know some ways of finding North and South is useful, especially because it is easy, even without a compass. 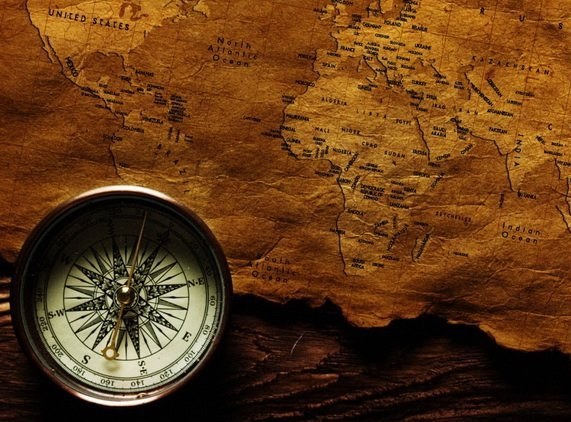 Related articles:
Instruction
1
At lessons of natural Sciences in elementary school talked about the many ways to determine where North is, which way is South without a compass. However, most remember only that on a separate tree the moss grows on the North side. Unfortunately, lost in the woods, for example, very difficult to find a tree standing alone. In addition, the moss it grows quite abundantly, and to discern the exact direction of the North will not work. To the same inaccurate methods include the location of the nests, lichens and most of the thick branches.
2
A more efficient way to accurately determine the light available on a Sunny day, if you have a watch with hands. Hold them horizontally so that the little hand (hour) is pointing to the sun. The South pole is in the middle of the acute angle between the needle and the 12 on the dial. Accordingly, the opposite side will be North.
3
At night you can use a method known since ancient times, and to determine the location of the North pole by the stars. To find the North star in the sky find constellation Big dipper (ladle). After spending two rightmost stars of the constellation (forming the wall of the bucket) in a straight line, you will see the North star, which is the end of the handle of the little dipper. The vertical from the pole star to the horizon will give an idea of where North is.
4
To determine the magnetic poles using the magnet, the saucer with water, and a piece of tube and a conventional needle. Several times swipe the magnet along the needle (thus, you will magnetize it), plug it into the tube and let float in the water. Under the action of magnetic forces, the needle will point at one end to magnetic North and the other South. To understand which of them where, remember that the sun moves from East to West, that is, if you stand facing North, then East must be to the right and West is left.
Note
The North star is not the brightest in the Northern hemisphere, so focus on the little dipper.
Useful advice
Even without a clock arrow to determine side of the world, just knowing what time it is and wondering where should be the hour hand.
Is the advice useful?
See also
Присоединяйтесь к нам
New advices